SIMI VALLEY, Calif. — The Rev. Dr. Charles “Chip” Fisher Kingery Jr. was ushered into the kingdom of heaven on Sept. 10, 2018. After a brief battle with a rare aggressive kidney cancer, he passed away peacefully and surrounded by love at his home in Simi Valley, California. 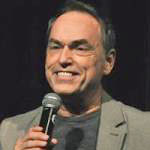 Chip was born in Richmond, Virginia, on April 6, 1954, to Charles and Naomi Kingery. He was a “typical middle-child” between siblings Donna Hudgins (Charleston, South Carolina) and Terry Kingery (Atlanta, Georgia.)

From a young age, he had a heart filled with compassion and a profound love for people, which ultimately shaped his life. As a graduate of Franklin High School, he then majored in special education at University of Richmond. He was ordained as a minister at Franklin Baptist Church. He received a Masters of Theology and DMIN from Southwestern Baptist Theological Seminary in Texas.

On his first overseas mission trip during college, he felt called to share God’s love to ‘the least and the lost’ in southeast Asia. After marriage in 1985, his wife, Jean James (Dallas, Texas) joined him in ministry in Bangalore, India. Together, they founded proVISION ASIA, a ministry providing empowerment and hope for the “differently abled.” And 17 years ago, they began the Bangalore International Christian Fellowship.

In addition to his work in India, Chip had a dynamic and multi-faceted career. He served as Associate Director of the Southwest Office – UNICEF; Director for Asia – World Hunger Relief; Adjunct Professor of World Religions at Wake Forest University; and International Director – Joni and Friends. For the past several years, he served as a missionary with Global Training Network.

He will be dearly missed by all of those who loved him; however, there is encouragement beyond the grave in Christ Jesus. He is survived by his wife of 33 years, Jean and their children, Keturah (husband Danny Gray and twin daughters Lily and Jada;) Noah and Naomi (husband Niko Ruperto).

Chip leaves us with beautiful memories and photos portraying a smile that could brighten up any dark space. His voice echoes in our minds with his life-motto, “A good time was had by all!”

The celebration of life service took place at 4 p.m. on Sept. 22, at Cornerstone Church in Simi Valley.

His legacy will continue through his family and the work of proVISION ASIA, which provides mobility, education and a special needs school for people with disabilities.

In lieu of flowers, donations can be made in his memory online at www.globaltrainingnetwork.org/who/provision-asia, or checks sent to Global Training Network, P.O. Box 6507, Peoria, AZ 85385 (memo line: 44601.)