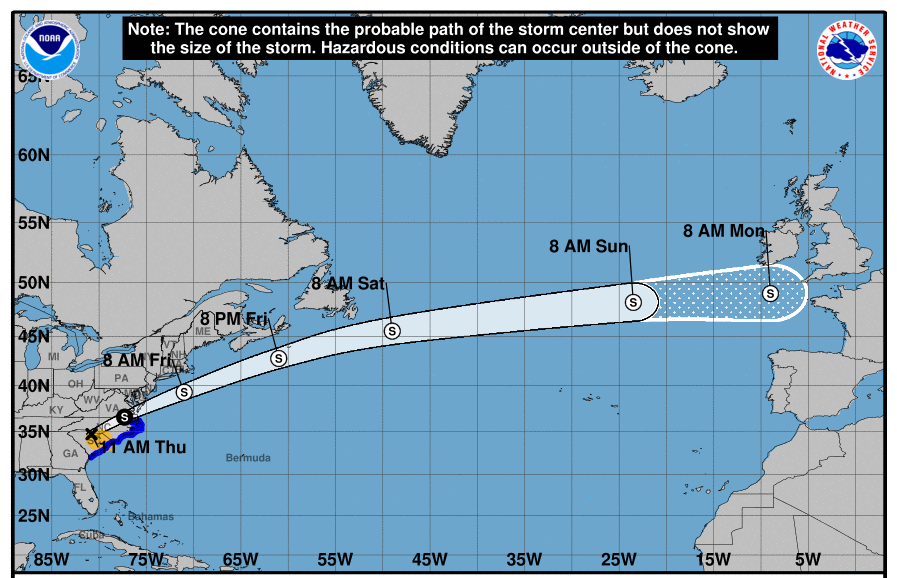 With the impending arrival of Tropical Storm Michael in the Western Tidewater region later this afternoon, the National Weather Service’s Wakefield Station has issued a tornado watch for all of Southampton County, the city of Franklin and Isle of Wight County, which will remain in effect until 9 p.m. tonight, Oct. 11.

A tornado watch indicates that weather conditions favor thunderstorms capable of producing tornadoes, but a tornado has not yet been sighted or indicated by weather radar.

UPDATE: The NWS briefly issued a tornado warning for parts of Isle of Wight County, however, this was allowed to expire at 4 p.m. An NWS forecaster said that the warning was issued around 3:25 p.m. based on the station’s radar, but the NWS had not received any reports of a tornado being sighted during the roughly half an hour the warning was in effect.

The NWS has also issued a flash flood watch for the area, which will remain in effect until 8 a.m. on Friday, Oct. 12. A wind advisory will also take effect from 6 p.m. tonight through noon on Friday.

According to the National Hurricane Center, there is a 40 to 60 percent chance that areas in Western Tidewater will see tropical storm force winds, which are defined as 39 mph or higher. The NWS is predicting winds between 20 to 30 mph late this afternoon and early evening, increasing in speed to between 25 to 35 mph later tonight into early Friday morning. Wind gusts up to 50 mph are also possible late tonight and overnight.

The NWS is also predicting between three to six inches of rainfall in the Western Tidewater region this afternoon and evening, which could produce flash flooding, particularly in areas of poor drainage and near creeks, streams and ditches. Street flooding is likely. Strong winds, combined with heavy rain, may cause downed trees and isolated power outages.

As of 11 a.m. on Thursday, Michael’s center was located over the South Carolina/North Carolina border. Michael made landfall in the Florida panhandle on Wednesday as a Category 4 hurricane. It is expected to remain a tropical storm as it travels northwest through North Carolina and eastern Virginia later today.