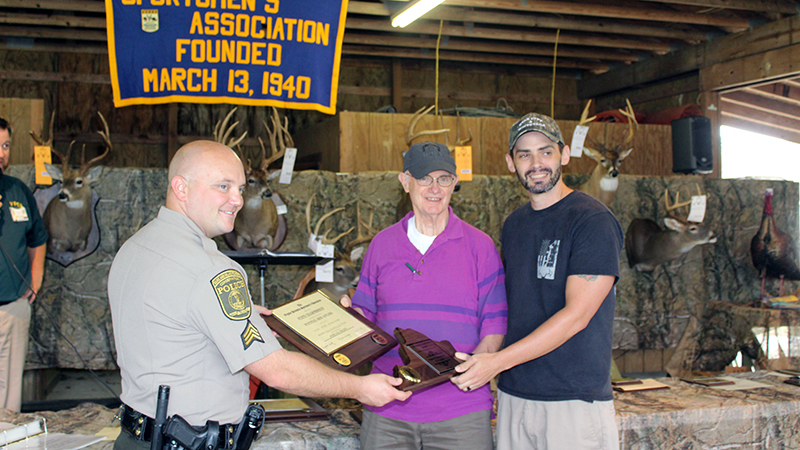 At right, Joshua B. Collins of Virginia Beach receives awards for his 19-point deer, which was caught in Brunswick County. The animal weighed 247 and 2/16 pounds. With Collins, at left, are Sgt. Brandon Woodruff, conservation policeman for the Department of Game and Inland Fisheries in Districts 13 and 14; and Paul Johnson, son of George Johnson, who established what became the official Virginia scoring system for bears, deer and turkeys. -- Stephen H. Cowles | Tidewater News

COURTLAND
Back for its second year on the Southampton County Fairgrounds, the Eastern/Western Regional and State Big Game Contest yielded a few new state champs. The event is presented by the Virginia Peninsula Sportsmen’s Association.

Roland C. Crowder of Newport News got the top turkey in Surry County, which weighed 81 8/16 pounds, making the hunter the new No. 1 Eastern Region champ of all time.

From Virginia Beach, Joshua B. Collier got a 19-point deer in Brunswick County. Weighing at 247 and 2/16 pounds, the animal earned the hunter a state championship honor as well.

Dalton G. Womble of Halifax County got an 11-point buck in Halifax; that animal weighed 219 2/16 pounds.

At the start of the ceremony on Sept. 23, VPSA president Mike Jones said that the organization is “alive and well.”

The Virginia Scoring System, developed in 1945 by the group’s first president, George Johnson, is used in measuring the wildlife. Judges carefully examined the many bear, deer and turkey the day before.

Numerous vendors selling hunting-related equipment and accessories, were in attendance that weekend.

The Kenneth R. Picken Award, named for the late VPSA president, who died in 2017, went to Womble for having the highest scoring deer harvested by a youth member.

For more details about this and next year’s event, contact Jones at 371-3335 or michael.h.jones52@gmail.com. You can also visit www.vpsa.org. 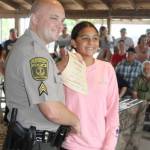 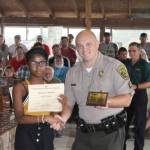 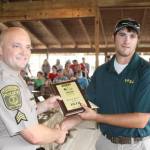 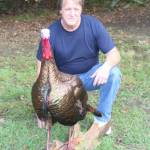 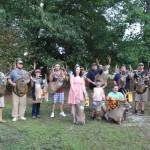 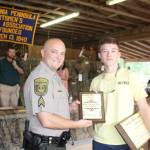 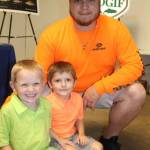 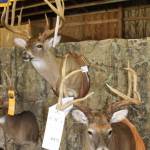 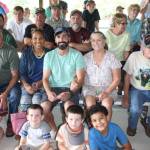