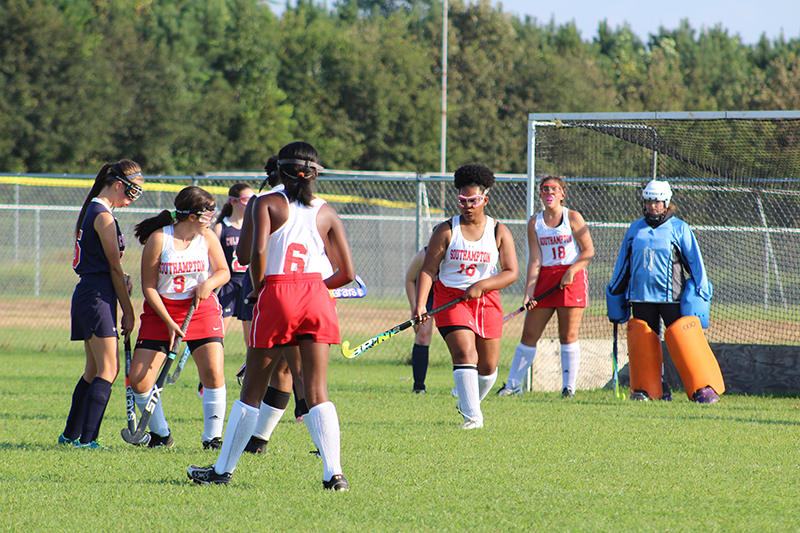 COURTLAND
The Lady Indians of Southampton High School playing field hockey this year met strong opponents in the Lady Minutemen from Colonial Heights on Wednesday afternoon, losing to the guests 6-0.

Herman Charity, now in his second year as head coach, said that most of the girls have less than a year of experience in the game.

“We have a very young team,” said Charity, who in the past had also been an assistant coach for a season. “This year, some players were scheduled to return but didn’t for various reasons, such as transferring to another school or other commitments.”

He added that Caroline Adams, Dara Keffer, Ann Hawthorne and Winter Parker are the only ones who have more than a year of experience.

The game earlier this week was the home team’s third one and third loss so far.

But neither Charity nor the Lady Indians are giving in.

“They play hard, they don’t give up and they’re learning every day,” said the coach. “They’re working to get better every day.”

The Lady Indians travel to King’s Fork High School in Suffolk next Thursday.