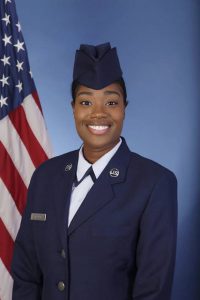 Airmen who complete basic training also earn four credits toward an associate in applied science degree through the Community College of the Air Force.

She is a daughter of Zella Everett, and sister to Katrice Tinsley, both of Franklin, and Erica Williams of Chesapeake.

The airman is a 2011 graduate of Southampton High School, Courtland.