Boating bass on the Blackwater 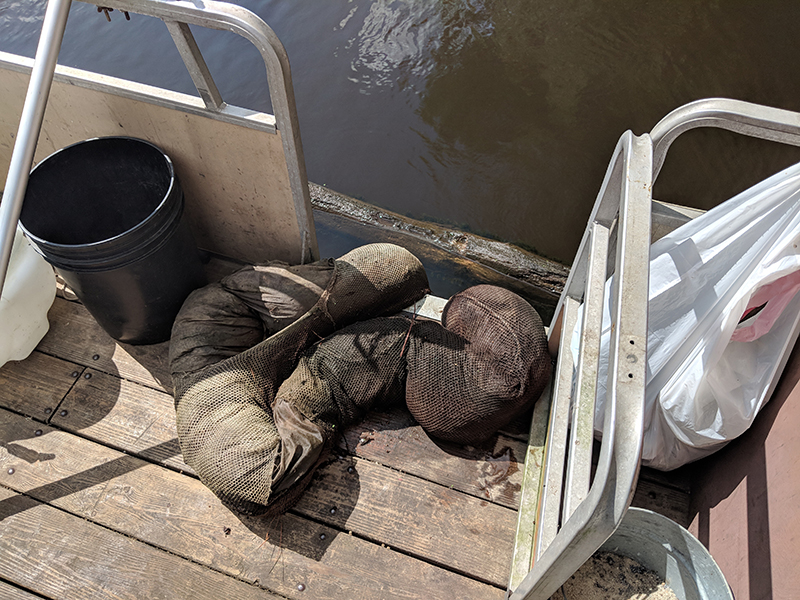 The RiverGuard recently pulled up from the Blackwater River this oil pig. This is a type of boom made from an absorbent material, which is designed to soak up chemical or oil spills and the like. -- Submitted | Jeff Turner

Spirit of Moonpie and I spent the 23rd through the 25th on the Blackwater below Franklin. The water was normal level but running fast and 74 degrees, oddly 5 degrees cooler than the Nottoway. Air temps ranged from 56 to 86 degrees, it was VERY pleasant weather on the river. 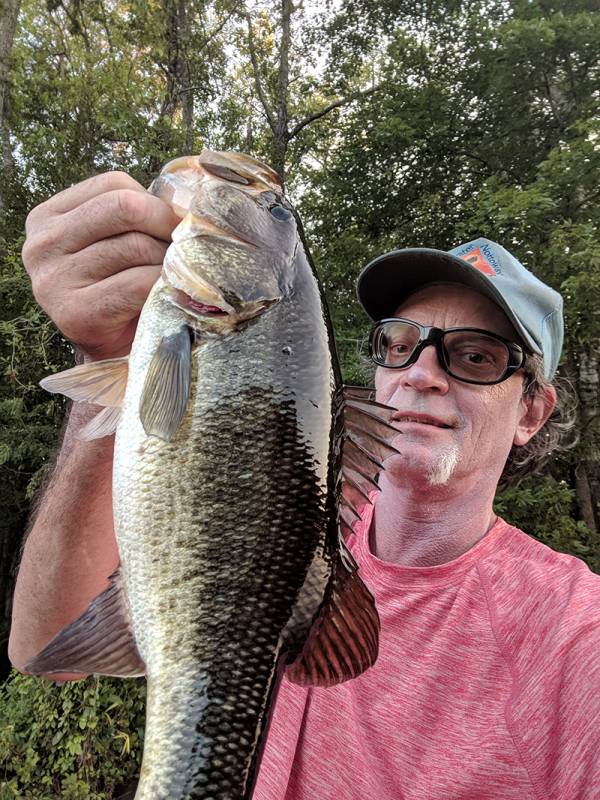 The RiverGuard holds up a largemouth bass that he recently caught on the Blackwater River.

This was pretty much a work patrol this outing. I brought the battery-powered limb saw with me to tackle a 25-foot long log partially blocking the cut through above the Norfolk and Southern RR trestle. That thing was perfectly positioned in a manner that, if not removed, would soon start catching other logs and would have blocked that shortcut upriver. I was hoping someone more physically capable than I would get it taken care of since last I was there, but since that didn’t happen I figured I would try it.

I first tried cutting it in half, but the tiny blade on that electric chainsaw was not big enough. So plan B went into action, which was to try to move it. I had tried that on a previous patrol but was unsuccessful.

This time after about 30 minutes of finagling I managed to unwedge the log from the shore, turn it and start pushing the thing somewhere to secure it. If I didn’t do that it would have drifted the 100 yards to the RR trestle and got hung up there and blocked boaters from going upriver through the trestle. So I drove a spike into it, tied a rope to that then tied all of it to a cypress tree where I hope it remains for a long time till it sinks.

Trash on this trip was very light, I only picked up about a half a bag full. Coming in on the third day though I found a pig in the river that had to be removed. Nooo, not a farm pig, it was an oil pig. Moonpie was pretty excited, just as you were when I said “pig” first. When I hollered to Moonpie, “that looks like a pig hung up on that log,” she instantly started talking about how we were going to cook it. But it was not to be much to Moonpie’s chagrin.

An oil pig is a long boom type device made from an absorbent material designed to soak up chemical or oil spills and the like. I have no idea where it came from, but it had been in the water a very long time. It was everything I could do to wrestle it into the boat.

In fact it took over an hour as I would pull a bit of it in and let the water try to drain out of it so as to make it lighter for me. I finally got the thing in the boat and was quite pleased with my now much more impressive trash weight total for the patrol!

The fishing on this trip was pretty darn good, at least for bass fishing, especially that first evening. After battling the alligator weed issue all day, I took enough time beginning at about 6:16 p.m. to start casting topwater for largemouth. That was a good move because in the next hour I caught so many bass so fast I lost count! None were giant, biggest was 2.6 pounds, but that sure was fun. However, fishing for the catfish at night was not so impressive. In fact I only caught a measly 4-pounder the first night and the second night I was completely SKUNKED. Being skunked was hard to figure too because I was anchored perfectly, I had the perfect bait, the water temp and current was perfect and the nearly full moon perfectly illuminated my piece of the world for that evening. So the lesson, folks, from this chapter of the RiverGuard chronicles is: Just have fun on the river. Don’t worry about perfect when your out on the two rivers we call the Blackwater and Nottoway!