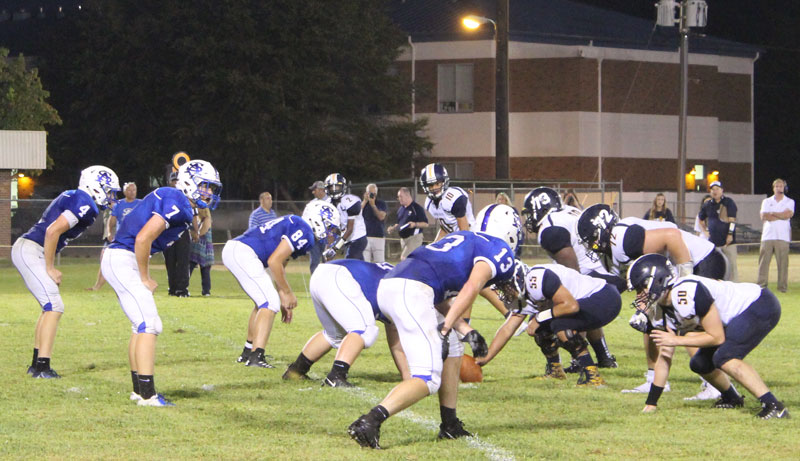 The Southampton Academy Raiders at left, won 46-24 when they hosted the Hampton Roads Academy Navigators on Friday at Pillow Field. 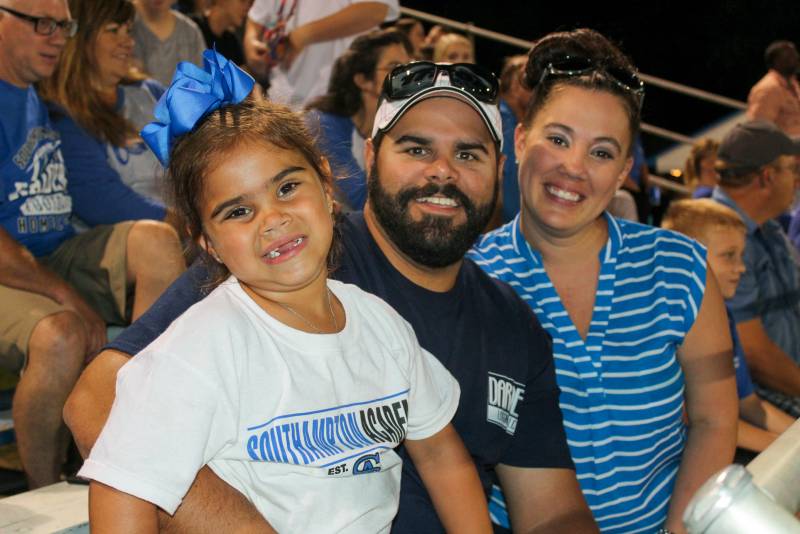 Already by the 3:26 mark in the second quarter, the hosts were at 20 to the visitors’ 12 points. The Raiders gained an extra six with 1:35 remaining. Right after the Navigators got six at the 1:09 mark — but with no 2-point conversion — the Raiders’ Will Belmonte ran 80 yards to the sound of cheers and shouts as he put his team at 32; the team then got its 2-pointer, putting the score at 34-18 at the half.

Within two minutes of the third quarter, the Raiders picked up a 6-pointer thanks to Ricky Evans’ enthusiastic 33-yard dash. The hosts scored again about a minute later — but achieved no conversion points — putting them at 46-18. The Raiders also seemed to focus their efforts on keeping the Navigators from advancing their tally that quarter, and they succeeded. The visitors would not get another goal until 4:23 was left in the fourth. 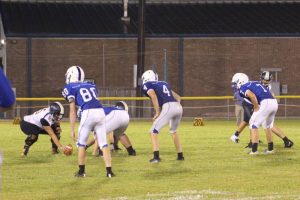 A Hampton Roads Navigator sets up the football for the next play against the Southampton Academy Raiders.

Raiders’ coach Dale Marks noted on Saturday that his team had 43 rushes for 258 yards; was 5 for 9 in passing for 56 yards; and had one touch down pass and one interception.

He acknowledged the team had made some “first game mistakes,” then immediately added, “The kids played hard. They did a very adequate job. They ran hard.”

A Navigators quarterback was formidable at 6 feet and 3 inches, weighing 190 pounds.

“They had a difficult time tackling him … at times they did not do a very good job tackling in the field,” Marks said, adding that defensively, the Raiders did “pretty good.”

Two standouts he noted are Ricky Evans (“He did extremely well for us in running the ball.”) and Winston Browne, who excelled in defense.