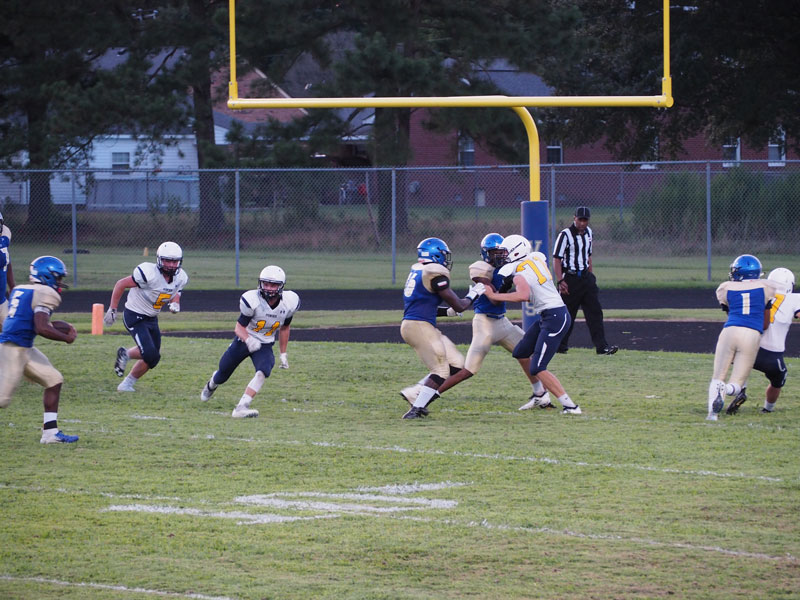 Windsor High School Dukes got a strong start for their first football game of the season, winning 33-12 over the Chincoteague Fighting Ponies on Friday at Windsor.

Afterward, Dukes Coach Tyler Mosley said of his team, “The kids, they played hard. They executed better and cut down on mistakes.”

He acknowledged that it’s their first victory in about three years.