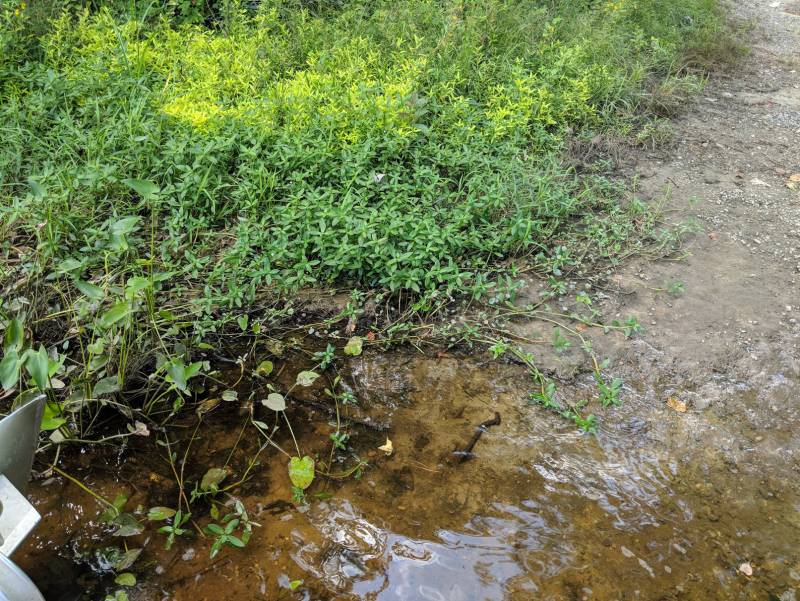 Spirit of Moonpie and I spent the 9th through the 11th on the Blackwater below Franklin. The water was high, clear, fast and 80 degrees. Air temps ranged from 70 to 90 degrees and the humidity was awful.

Once again the fishing on this trip was not so great. I caught only one 6-pound catfish on the second night, skunked first night. I did see a fellow the second night bring a 38-pound blue to show me, so the catfishing is improving at least for some folks. I did not have a chance to fish for bass, I was too busy picking up trash and dealing with the gator weed issue. 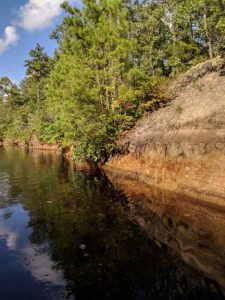 Speaking of that second night. I had a very un-nerving experience while tied up to the N&S RR trestle. It was about 9:40 when suddenly I heard three shots in rapid succession over either in the field on the left beside the bridge like going out of Franklin toward the mill, or from around the backside of the Birdsong peanut place on the river. Freaked me out being that close at night and coming from the city. So I called non-emergency Franklin Police number to report it. I was stunned by the reply from the dispatcher that the area I was reporting the shots from was not Franklin Police jurisdiction. I was told I would need to call IOW Sheriff’s Dept. I told the dispatcher in so many words that I considered the area the shots came from to be the City of Franklin. In my opinion one phone call to law enforcement should be sufficient for a citizen reporting something as serious as shots fired inside Franklin City limits. What I would have liked to have heard would be something like “Thank you Mr. Turner for reporting this, we will take care of it,” but I did not. Don’t know whatever became of my report, but I can understand now why more people do not take the time to report stuff like this now days. 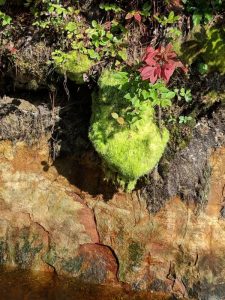 I have bad gator weed news to report from this patrol. I found five new patches of it on the Blackwater below Franklin. So even though I have removed many patches since last year, new locations are popping up. I guess it will be like that forever more. I will fight it as long as I can, but that stuff is spreading for sure.

Moonpie critter patrol was kinda bland this trip, nothing really outstanding. We tried getting a kingfisher in flight several times. I did accomplish that, but it was so far away too much zoom had to be used and was not so clear of a picture. We saw a blacksnake climbing up a tree and that was pretty cool.

I almost got a good stop frame picture of an Anhinga, but I had the camera set wrong, as seems to be the case about 50 percent of the time. Man, that’s frustrating … ‘bout makes me want to litter with a camera!

“You load 16 tons and what do you get? Another day older and deeper in debt.” I believe that’s how the song goes and ‘bout how I felt on this trip. After spending the first whole day working my way downriver and cleaning up, on day two I worked my way back up river and just could not believe I was still picking up so much trash. How can that be you ask? Well, there is a lot of it I can’t get at because it’s up too far in the swamp or woods, or its too dangerous to try to get the boat close enough because of logs, wasp nests, poison ivy, etc. Eventually though, by tidal action or boat traffic or wind some of it eventually floats out and starts its downriver journey to the sea. I even found a coconut floating in one of the trash piles. A few years ago I found two or three in about the same location. I guess someone that lives on one of the city’s stormwater ditches really eats a lot of coconut and has a lot that go bad and they just throw them in the ditch? That or there is a coconut tree up in there somewhere!

No, I didn’t pick up 16 tons on this patrol even though it felt like it, but I did get three days older and deeper in debt to my love Freezing Deer to spend more time with her. It’s the price I pay for being the RiverGuard on the two Rivers we call the Blackwater and Nottoway.

To contact JEFF TURNER about river issues, email him at blknotkpr@earthlink.net.