Community comes together to stop violence 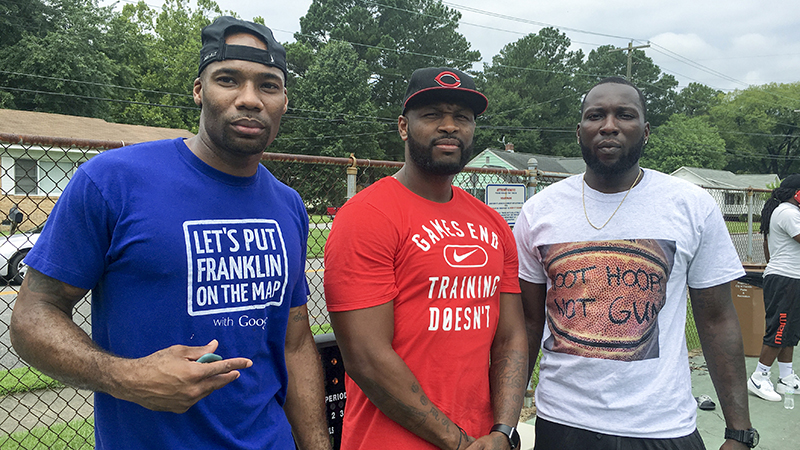 FRANKLIN
On July 28, the Stop the Violence Community Day was held at the park on North College Drive. The day was filled with free food, a bounce house, music and a 5-on-5 basketball tournament.

The vision for the Stop the Violence Community Day was birthed out of the desire of three local men to positively impact the community. C.C. Cooper, executive director of the Youth Group, LaKenneth Kindred, CEO of TaylorMade Fitness, and Tony Sledge, a resident of Franklin, met and developed the vision as a coordinated effort.

“We see what is going on in our community, and sometimes it is really discouraging,” said Cooper. “We wanted to come together, play some basketball and remember what it was like when we were younger and there wasn’t as much beef in the streets.”

The event hosted four basketball teams that competed for a trophy and ultimate bragging rights in the community.

“It was a great day, we were blessed to make it work,” said Kindred, “the guys who played competed, but respected one another, and that is what it is all about.”

Out of the four teams that competed, “The Park” won the tournament by a one-point victory in overtime.

The Stop the Violence Community Day will be an annual event. Sponsors who are interested in coming on board may email info@theyouthgroup.org for more information.