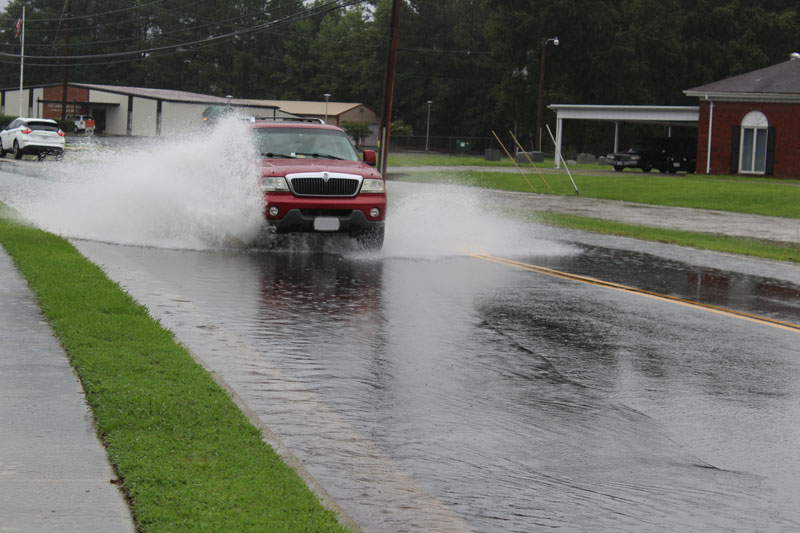 Vehicles traveling on Armory Drive are moving considerably slower this afternoon due to flooding conditions that have developed, especially in the area of Blake Ford, The Tidewater News and Armory Park. -- Stephen H. Cowles | The Tidewater News

FRANKLIN
A flood advisory is in effect through this afternoon for Western Tidewater, according to James Foster, a meteorologist for the National Weather Service in Wakefield. This includes not only Franklin and Southampton County, but also Suffolk, Isle of Wight County and Surry. 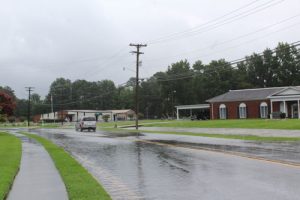 Water from extensive rainfall has pooled on Armory Drive in the vicinity of Blake Ford, The Tidewater News, the American Legion Post and Armory Park. Drivers who must use that route are urged to move through with caution. — Stephen H. Cowles | The Tidewater News

Foster said the difference between an advisory and warning is in its scope, with flooding at a more minor stage. A warning means the flooding would tend to be potentially dangerous to life and property.

As for what’s ahead, he said “it looks like we’re in a pattern through much of the week in the region. There’s a chance for daily rainfall and into the weekend. I am hopeful we’ll see a pattern change next week with drier conditions.”