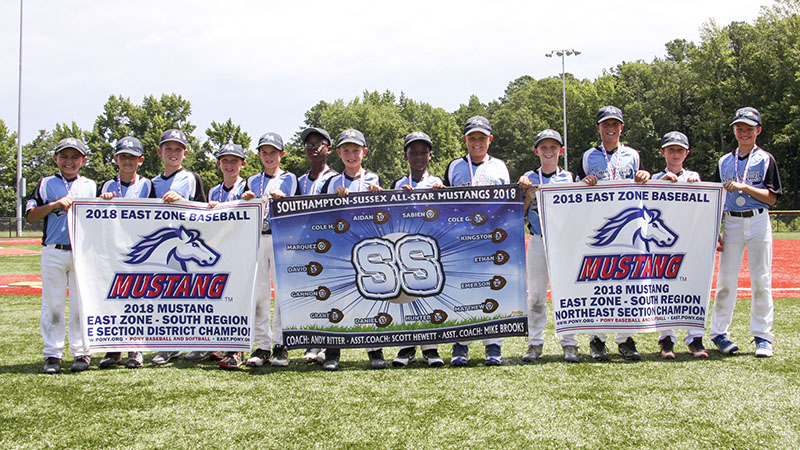 The thrilling summer all star season has come to an end for the Southampton-Sussex Mustangs.

After capturing both the district and sectional tournaments, the team competed in Windsor last week for the South Region championship against Great Neck, Western Tidewater and Winter Park, North Carolina.

After a surprising 10-8 loss in the first round to Western Tidewater, S-S fought its way through the loser’s bracket with a 14-13 win over Great Neck and a 15-11 victory in a rematch with Western Tidewater.

In a slugfest caused primarily by depleted pitching for both teams, Winter Park outscored S-S by the score of 26-19. Unlike the two previous tournaments, only the tournament champions moved on to this week’s East Zone Championships in Chesterfield. The winner of that tournament advances to the PONY International World Series in Louisiana.