The science of culinary art 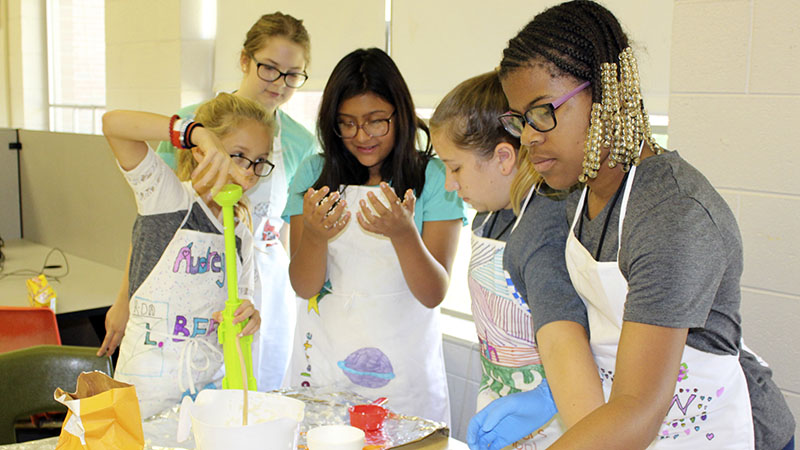 SUFFOLK
Earlier this week, some students practiced their culinary skills at Forest Glen Middle School as they participated in a two-week gifted summer program, which is conducted by the Tidewater Regional Governor’s School for Science and Technology.

This year’s theme was “Cooking with Chemistry.” Students learned the science behind culinary arts such as physical and chemical changes, mixtures and solutions, methods of preservation, measurements and conversions and kitchen safety. They also learned about the diverse variety of cuisines from different countries and cultures. The students were put into groups, and they worked together to create both sweet and savory culinary dishes that represent the selected countries. There were 33 students in the program that represented elementary and middle schools in Franklin (7,) Southampton County (10) and Isle of Wight County (16.)

For 10-year-old Christian Spivey, the course has been an enjoyable moment. His favorite part about participating in the event is applying what he learns to various activities.

“I like the hands-on experience and learning new things.” Spivey said. This is not his first time in the gifted summer program, for he has participated in the past two years learning different themes such as forensics and the military. Spivey will be a rising sixth grader at J.P. King Jr. Middle School in Franklin.

Also attending J.P. King was 11-year-old Hunter Patterson. He decided to participate because of his love for science and cooking.

“We’re going to serve about 150 people” He said, “So, we had to do some research, and then figure out what we can make with just $25.” His favorite pastime was learning how to make ice cream.

Attending S.P. Morton Elementary School was 10-year-old Jaden Reid. Because of his love for cooking and chemistry, Reid entered the program in order to see what to look forward to, and he enjoyed it.

“We did a lot of hands-on activities, and a chef visited us and taught us about different food cuisines,” said Reid.

Out of all the things that he had learned, Reid’s favorite pastime during the program is learning how to make bread and butter.

Ten-year-old Amariyana Williams attends Nottoway Elementary, and her grandmother is the reason why she participated in the program.

“I learned how to cook from my grandma, and I would help her cook until she passed away,” said Williams. “The school gave me a form to fill out and I decided to do it because of my grandma.”

The course gave Williams an opportunity to have fun with her friends as well as enjoy cooking.

Riverdale Elementary School student Lily Peace participated in the program due to her love for cooking.

Nicholette Lozano-Neveu attends Windsor Elementary School, and she thought it would be fun to learn about cooking.

“We made bread and butter, and we also learned about different spices from different countries.” said the 10-year-old.

Overall, Lozano-Neveu enjoyed making food as well as learning the different countries they originate from. 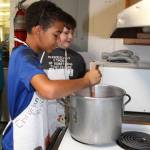 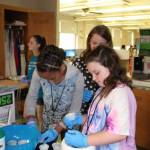 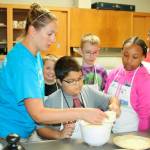 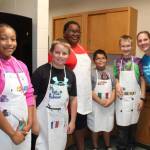 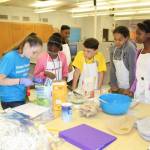 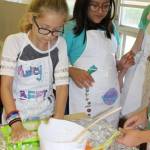 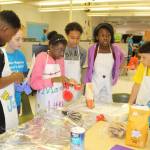