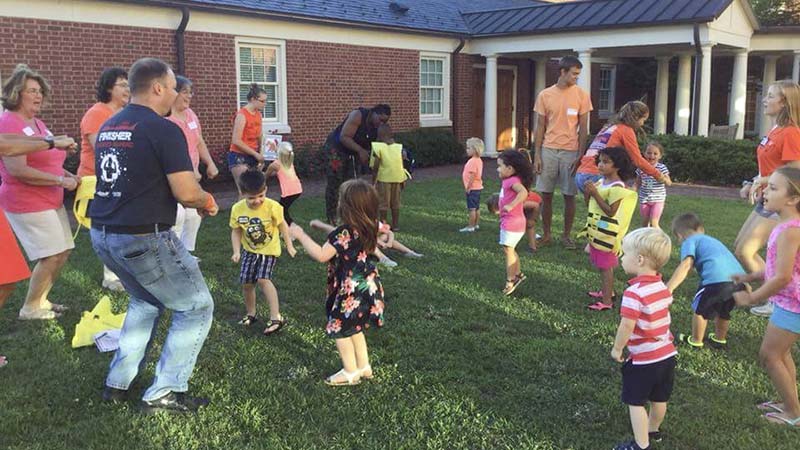 Nathan and VBS staff work with the 3- and 4-year-olds.

The students, called “rafters” found adventure, acceptance, joy, rest and peace on the “Rolling River Rampage.” The Bible verse for the week was Isaiah 43:2 “When you pass through the waters, I will be with you.”

Anne Hager, VBS director, said HSUMC had 72 children from age 3 to fifth grade, and they represented 13 churches. There were 18 youth helpers and 65 adults who worked with the kids or prepared food.

After the rafters had supper, they moved through recreation, music, crafts and drama (Bible stories.)

He told them that if they did, they could dump a bucket of ice water on him the last day.

By Wednesday night, they had raised the $500 so he told them that if they made it to $700, he would let them dump a cooler of ice water on him.

At the close of Vacation Bible School, they had raised $892.07. Indeed, he got a bucket and cooler of ice water dumped on him. 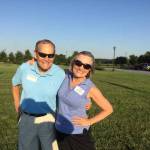 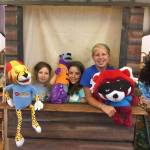 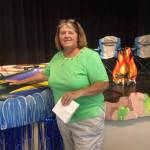 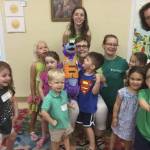 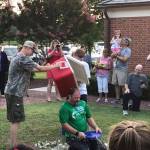 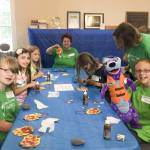 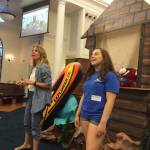 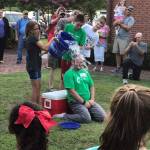 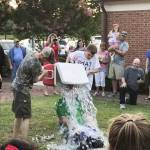 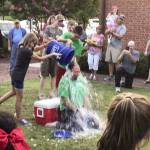 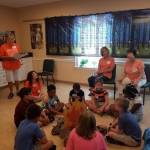