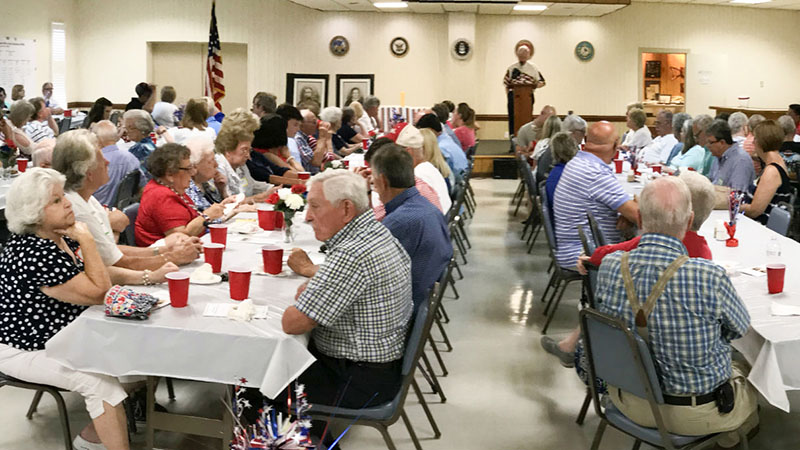 A panoramic view of the descendants of Elisha Everette and Mary Eliza Barnes Whitley. They gathered on Wednesday in the American Legion Post on Armory Drive for the 154th annual reunion. They are believed to be one of, if note the oldest, continuous reunions in the country -- submitted | steve worrell

FRANKLIN
Family reunions are often events that by necessity take place every few or even several years. The logistics of getting everyone together in one place can be daunting, never mind the availability. Yet, somehow, the descendants of Elisha Everette and Mary Eliza Barnes Whitley have managed to reunite annually — for 154 years.

That couple had nine children, the fourth of whom was Talitha “Tidy” Whitley, and her descendants had the distinction to organize and host this year’s wingding on Wednesday. Among them was her great-grandson Earl Blythe, who put together the program and served as the emcee. He happened to mention in a phone conversation that her name is a Biblical one.

Blythe said that based on his research, he and other family members think they have good reason to claim the gathering as one of, if not the oldest, continuous reunions in the country.

Those who attended participated by bringing covered dishes for the noon luncheon. Everything else was provided at the American Legion Post in Franklin.

Whitley was born in Hertford County, North Carolina on July 4, 1829, to Joseph Elisha Whitley and Sarah “Sally” Lane. He married Mary Eliza Barnes, a daughter of John Elias Barnes II and Talitha Buxton, on Jan. 7, 1855. Nine children were born to the couple. Whitley was a miller and farmer by trade and spent most of his life in the New Hope Church-Winborne’s Mill community. He enlisted in Company G, 31st North Carolina Troops on Sept. 12, 1861 and was paroled on May 2, 1865, after the surrender of General Joseph E. Johnston to Gen. William T. Sherman on April 26, 1865, at Bush Hill in Randolph County, North Carolina.

Tradition goes that when Elisha Whitley returned from the War Between the States, his sisters gave him a dinner on his birthday, July 4, 1865, and he asked that this be continued. Since that time, there has been an annual reunion carried on by his children until their deaths and now by their descendants.

Whitley and Mary are buried in the Blackjack Oak Cemetery on the Virginia-North Carolina state line near Winborne’s Mill.

Blythe said with a chuckle that he imagines the earliest reunions were “kind of noisy events.” After all, they did have all those children and grandchildren, etc.

He mentioned that among other descendants are second cousin Joan Cullins Fountain, a great-great-granddaughter who recently wrote a book of historical fiction that features one of her ancestors of Southampton County. Copies of her book were made available for sale, and all were bought.

Bob Holt, a first cousin to Blythe, is also a great-great-grandson. Many residents might know him as chairman of the Franklin City School Board.

In addition to viewing the family tree, the families were reminded of how much took place during the Whitleys’ lifetime.

Elisha, for example, “Never had a car, nor saw TV or a movie,” said Blythe. During the couple’s time, Mark Twain had published his first book, Alexander Graham Bell invented the telephone and Thomas Edison the phonograph. Woolworths, Quaker Oats and Brownie cameras came into being.

If you want to learn more about the family, you can visit their Facebook page or even watch the reunions posted online at www.youtube.com

“We keep in touch through those mediums, almost on a daily basis,” said Blythe. 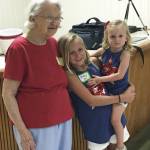 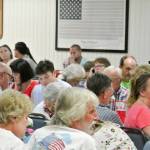 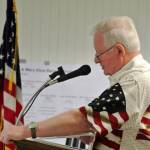