IVOR
Margaret Ann Blythe Simms took one look at the guest list for her 90th birthday party and said to her daughter, Margaret Elizabeth Hedrick, “We have to change the theme of my party.” 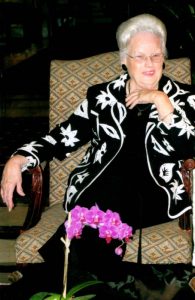 “What do you mean, mama?” asked her daughter.

“Look at the names: five of these ladies are also 90 and more. I guess we’ll just call it a ‘Gay Nineties Party’.”

Simms was delighted, of course. Of the more than 100 guests, not only were there the five 90-year-olds, but several others were approaching that “Golden Age” as well.

A couple were heard to say, “Just wait, we’ll be there before you know it.”

This is not to say these were her only guests, however. The fellowship hall at Millfield Baptist Church was filled with people of all ages, including a few youngsters. There were family, friends and neighbors, all congratulating this nice lady they had known forever, it seemed.

Simms herself recalled some of the events she was involved in, or lived through during her 90 years.

Born and raised in Sedley, she lived at only one other place during her lifetime, she said.

“When John (Simms) and I got married, we moved to this house on Barrett’s Church Road and I’ve been here ever since.

Before that, when she was in early high school, Simms worked at the local Five and Ten Cent Store.  She saved one of her pay envelopes, which noted that her total salary for the week was $2.67.

Speaking of saving, Simms is an antique enthusiast and has collected and preserved numerous items through the years, including many of her childhood toys. With the help of Hedrick, the fellowship hall was decorated with a small rocking and straight chair, a toy sewing machine and several other items from her childhood.

She also had on display a dress her mother made for her when she was in grammar school, a few pictures and her school diplomas.

Hedrick, however, took the guests back to Simms’ birth by showing a variety of items that came into existence in 1928. She had guests drop their names into a jar on arrival. Later, as the party closed, Hedrick drew names. As each winner’s name was picked, she would describe the prize before awarding it.

One such prize was a replica of the first-ever loaf of sliced bread. First sold by Chillicothe Baking Co. in 1928, it went national in 1930 when Wonder Bread introduced it to the public.

The birthday girl, mother of Hedrick and son, Richard Simms, graduated from Courtland High School in 1945, then Fannie Webb’s School of Business in 1946. After completing her education, Simms worked at Hinson Parker’s Law Firm, Wakefield Oil Company and the Airfield 4-H Center, both in Wakefield. She retired from her last job in 2011.

Nearing the close of the party, musicians Rusty Lowe and the Newsome Family Band sang to her “Happy Birthday” and her favorite song, “I Want to Stroll Across Heaven With You.” 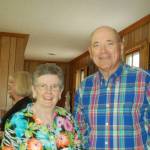 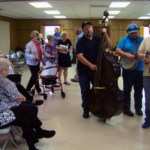 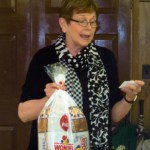 Margaret Elizabeth Hedrick, daughter of the honoree, calls out the name of a guest who won the loaves of Wonder Bread, which was introduced two years after Margaret Ann Blythe was born. 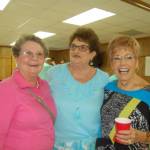 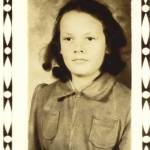 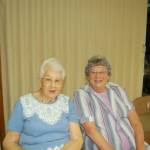 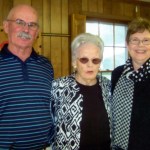 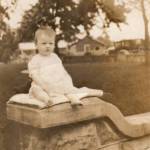 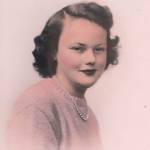 Ferguson honored for service in ministry