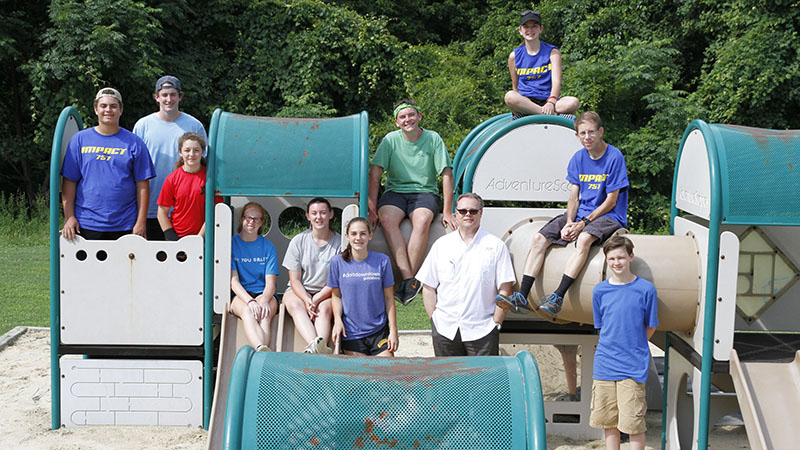 FRANKLIN
The Rev. Dr. Charles Qualls, senior pastor at the Franklin Baptist Church, and the Rev. Scott Thrailkill, associate minister of education and youth, at the First Baptist Church, Goldsboro, North Carolina, have known each other for around 30 years. They met when the two of them were in seminary school together at the Southern Baptist Theological Seminary in Louisville, Kentucky.

Each year, Thraikill involves youth members of his church to do a mission work on a community project. This year, he called his good friend and inquired if there could possibly be any type of a community project that could be done in the Franklin area. Qualls put his friend in contact with Margaret Ann Smith, director of the Franklin Cooperative Ministry and Randy Martin, city manager for the City of Franklin. From that, many community projects were identified for the youth to be involved with.

The youth with their adult leaders arrived in Franklin on June 25, with two vans, one pulling a trailer loaded with tools and equipment. Their church name and city were printed on the side and under it was printed the words, “Sharing the Heart of Christ from the Heart of the City.”

The youth’s projects were located in Capron and Courtland where they were able to do repair work to many homes. They also did some power-washing of houses.

In Franklin, they helped at the Dr. Martin Luther King Jr. Community Center in cleaning and rearranging storage areas. In addition, for the youth playground area, the youth did a lot of weeding and removing of grass that totally improved the appearance of the playground.

After a fun day on Thursday at Busch Gardens, the group departed Franklin on Friday with their mission accomplished. 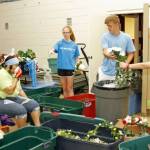 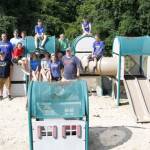 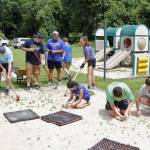 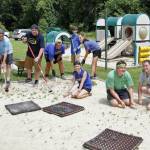