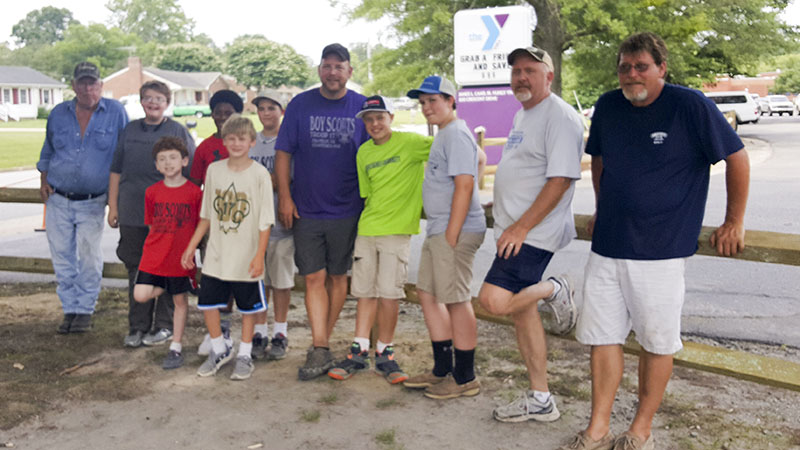 FRANKLIN
Kendal Blythe, a member of Troop 17 Boy Scouts of America, is working toward his Eagle Scout rank. 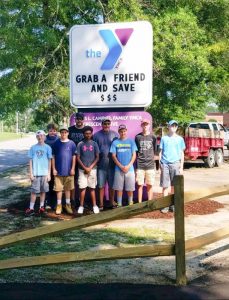 To complete his Eagle requirements, he chose to build a split-rail fence at the James L. Camp YMCA in Franklin.

Blythe felt there was a need for the fence to keep people from parking in the non-parking areas around the YMCA sign near the road. He said the grass can eventually grow in this area and help the entrance look much nicer.

Phase 1 of the project was to dig holes and build the fence around the YMCA sign and also along the opposite side of the entrance near the big tree. During that phase, mulch was also put down around the sign. Grass seed could be planted in this area.

Phase 2 of the project was to put crushed asphalt along the side of the fence to meet with the paved driveway.

Blythe is 14 years old and will be attending high school this coming September. He has been in scouts since he was a Tiger Cub, received the highest award of Arrow of Light, and is in the Order of Arrow.

Blythe is an active member in his youth group with Church of Jesus Christ of Latter Day Saints, and a member of the YMCA Leaders Club for the last two years.

He plays football, basketball and soccer. Blythe plans to continue his Scouting adventures, but said that after his Eagle rank is completed he will only focus on “fun stuff’ and not so much on the merit badges.

He is the son of Dwayne and Kim Blythe of Courtland.

Bryan Fenters is the scoutmaster for Troop 17.