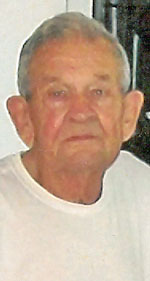 Jack joined the Marine Corps at a young age and served two terms, rising to the rank of sergeant.

He is best known for his business “Rainey & Son” at which his painting skills made him widely known throughout the area.

Jack took time to study the Bible and through that study he learned of the hope of the resurrection, which brought him comfort. He wasn’t afraid of death, for he had hope to see us all again in paradise. His only fear was upsetting us when he died and who would take care of Naomi.

Jack never met a stranger. He spoke to everyone he happened to meet. He enjoyed people and he entertained them with his many stories and sense of humor. All of us felt his love as he tried to express it up to the day before he died. He will be greatly missed but remains in our hearts forever.

The service will be at a later date.

Special thanks to our new dear friend, Regina Crockett from Caregiving on Wheels.

In lieu of flowers, please donate to a charity of your choice. Jack believed in giving to help others.