FRANKLIN
Steve Zollos has been named the new leader for the Senior Services of Southeastern Virginia effective on Wednesday, Aug. 1, said Debbie Schwartz, director of Development and Community Relations.

John Skirven has served the organization for 28 years as its current CEO. Schwartz added that after stepping aside for Zollos, Skirven will stay on full time as a consultant to finish the Hayden Village Center in Franklin. 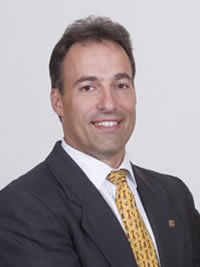 “It’s coming along really well,” she said, adding that completion is anticipated by end of August/early September. “We’re looking for a formal ceremony maybe in October.”

In her press release about the change of command, she stated that Zollos is “No stranger to the organization,” as he is already the chief operating officer, and has been there since November 2017.

“He brings more than 20 years of health care and business management experience to his new role, including a successful track record in developing revenue-producing community services for seniors and caregivers,” Schwartz wrote.

Zollos previously worked as the chief operating officer for a national emergency management organization, and as the executive director of Senior Services and Community Outreach for the Bon Secours Virginia Health System. He has served as chairman of the board of directors for both Ramps Across America Inc. and Bon Secours’ Successful Aging Forum.

“The Board of Directors conducted an extensive search for our award-winning organization with assistance from a national aging leader and a local consultant. Mr. Zollos was selected from over 80 applicants across the United States. We are confident he will continue to grow our capacity as the South Hampton Roads’ premier aging service organization,” said SSSEVA President Hope Lomax-Jones.”

Zollos has both a bachelor of science degree in marketing and a master of business administration degree in information systems from Bowling Green State University of Ohio. He has been married to Debbie Zollos for more than 30 years, and they have five adult children. In his spare time, Zollos is a beekeeper and gardener who enjoys all things outdoors.

“SSSEVA has a critical mission to accomplish. Our region with over 200,000 seniors will gain over 100,000 more elders in the next 10 years. Steve Zollos has the business experience, compassion and moral compass to lead our organization into the future,” said Skirven.

In a conversation with the paper about the change, he emphasized that work is progressing well at Hayden: “It’s full steam ahead as scheduled. We are now about two-thirds completed with construction.”

The building, which was originally a school, was built well before health and safety codes required features such as water sprinklers. Those, as well as florescent lights and air conditioning have been retro-fitted, said Skirven. The electrical inspection has also been completed

“We expect to hear from the Dept. of Historic Resources this week or by July 4 on our design for commercial space, which includes Senior Services offices and medical offices,” he added.

The second floor will be done first, and SSSEVA still anticipates occupancy in September, with the first floor the last part to be finished.

“We’re on time and on budget,” Skirven said.

Applications to lease apartments will begin in July. These will be for people aged 55 and “better” (instead of saying older.) There will be no more than two people in a living space. There will be 24 one-bedroom apartments, and four studio apartments or efficiencies. All are adaptable for handicapped modifications, and two or three spaces are already accessible by code.

He spoke more about his reasons for retiring.

“My wife retired four years ago, and I made a commitment to see Hayden through. The decision to retire this September was made in fall 2017. At that point the construction was underway for the school,” Skirven said. “When I say retiring I mean ‘retiring to’ rather than ‘retiring from’ something. It’s a new beginning. It’s just really exciting.”

He reemphasized his support for Zollos, pointing out that his successor has “a very strong history regarding aging and health care. At Bon Secours he had a very successful run. I’m delighted he’s the new CEO. We did a national search and it was quite rigorous. He won over some very stiff competition. If anyone’s capable of taking the organization into the future, Steve is that guy.”