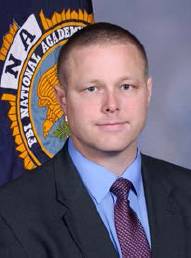 Internationally known for its academic excellence, the National Academy Program, held at the FBI Academy, offers ten weeks of advanced communication, leadership, and fitness training for selected officers having proven records as professional within their agencies.

Training for the program is provided by the FBI Academy instructional staff, special agents and other staff members holding advanced degrees, many of whom are recognized internationally in their fields of expertise.

Since 1972, National Academy students have been able to earn undergraduate and graduate credits from the University of Virginia due to the accreditation by the university of the many courses offered.

The National Academy program began in 1935 and has graduated a total of 51,042 law enforcement professionals since that time.

Lt. Cobb joins four other current members of the Sheriff’s Office as graduates of the FBI National Academy.

Maj. Gene Drewery is the spokesman for the Southampton County Sheriff’s Office. He can be reached at 653-0387.