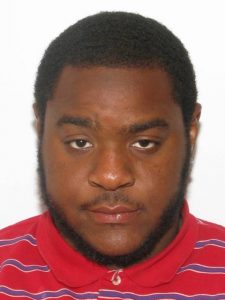 Franklin Police responded to a call at 3:53 a.m. Saturday at the Dorchester Square Apartments concerning multiple shots being fired. Department spokesman Capt. Tim Whitt stated that the officer’s investigation discovered that the ex-boyfriend of a 21-year-old female resident in the ‘J’ section had kicked in the door to her apartment, assaulting and strangling her, as well as assaulting her 1- and 2-year-old children.

The female victim called the father of her two children, who came to pick them up. The suspect and father went outside where multiple gunshots were fired. Evidence at the scene indicated that there were several shooters. Apartment buildings in the ‘L’ and ‘J’ sections were hit by gunfire, there were no reported injuries to other residents.

One victim, a 30-year-old Southampton County man, received a graze wound to his shoulder. He was treated and released from Southampton Memorial Hospital. The man was reportedly uncooperative with police.

One suspect is in custody. Trevoris Monte’ Evans, 23, has been remanded to the Western Tidewater Regional Jail without bond on charges of three counts of armed burglary, strangulation, three counts of use of a firearm in the commission of a felony, discharge of a firearm in public, four counts of assault and battery, reckless handling of a firearm, shooting into an occupied dwelling and willfully or maliciously obstructing the sending of a communication.

The investigation is ongoing to identify other responsible parties.