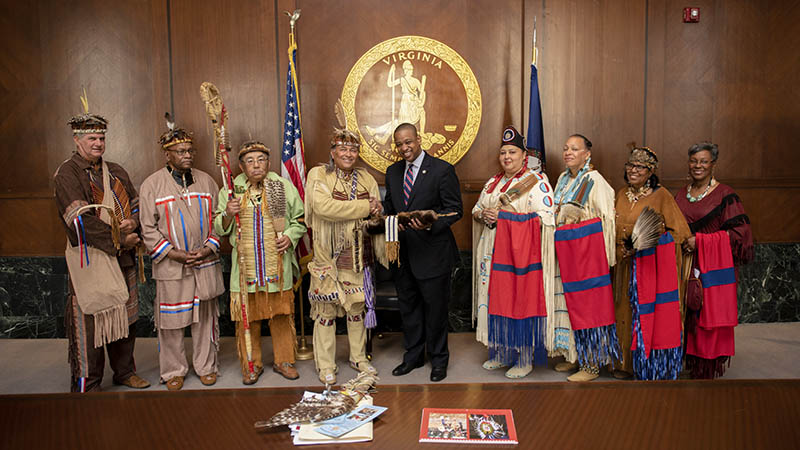 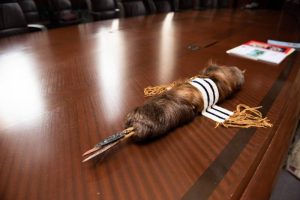 The annual Treaty of Peace Tribute was presented to the governor in accordance with (IAW) the Feb. 27, 1713 Treaty of Peace on the one part by Alexander Spotswood, her Majesties’ lieutenant governor and commander in chief of the Colony and Dominion of Virginia, and on the other part by the Cheroenhaka (Nottoway) Indian Nation’s Chief/King Ouracoorass Teerheer aka William Edmund.

Article I of said treaty states that said Nation of Indians shall from henceforth continue Tributary’s to her Majesty of Great Britain and/or her successors under the subjection of the Government of Virginia.