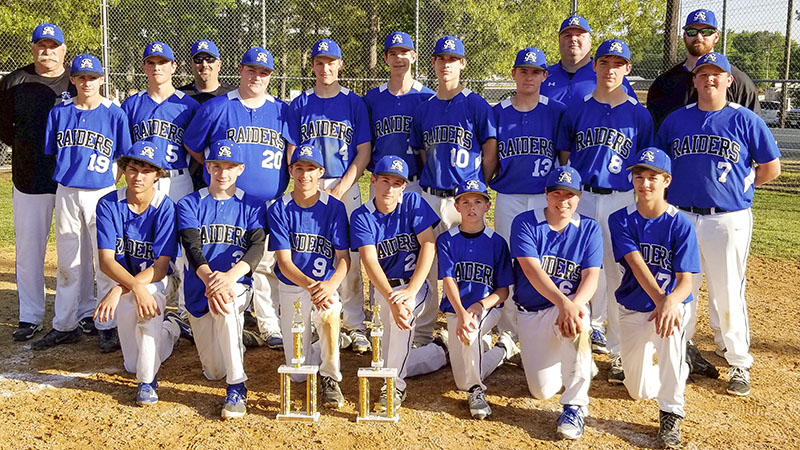 COURTLAND
The Southampton Academy JV Raiders baseball team defeated Brunswick Academy for the Virginia Colonial Conference Championship by a score of 6-4. The win caps off a successful season in which the Raiders were also crowned the regular season champions.

After a slow start, the Raiders rallied in the bottom of the sixth inning, scoring four runs. Ethan Drake opened the at bat with a walk. Matthew Brantley singled to left and Winston Browne followed with another single scoring Drake and Brantley. Browne stole second and third bases while Mitch Moore earned a base on balls. Jayden Applewhite doubled scoring Moore for the fourth run of the inning.

Matthew Brantley started on the hill for the Raiders with Jayden Applewhite closing.

Head Coach Gary Bardwell said, “Today’s win was a true team win with everyone contributing. Every player on the team did something this season to get us to this point. We as coaches, are very proud of these young men.”

GARY BARDWELL is also the assistant head of Southampton Academy, Infrastructure. Contact him at 653-2512, ext. 312.