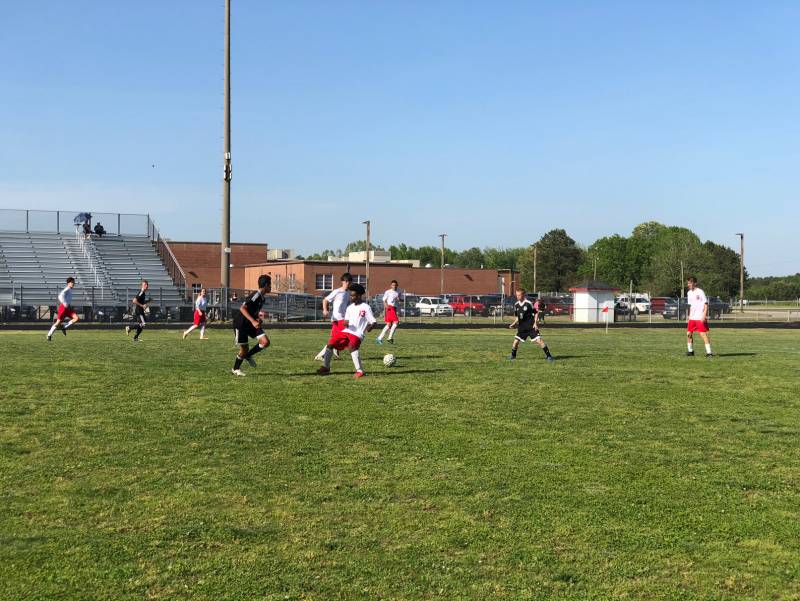 FRANKLIN
The Rock Church Lions continue to be a force at the JV and Varsity levels. Last week, the varsity team traveled to Brunswick Academy and came away with a 5 -0 win. They turned around and played Kenston Forrest Academy the next day, and won that game with a score of 4 to 0.

“Super proud to be playing on the varsity level again,” said Coach Danny Dillon. “It has been years since we played at this level. We started five years ago trying to build up a strong program, and now these younger kids have developed into quite the soccer players.”

D.J. Dillon set a school record with 10 goals in one week. He scored all four of the Rock’s goals versus Southampton.

The coach added, “D.J. Dillon is quite a gifted athlete — takes after his mom, ha! He has a bright future in front of him. I love how he gives God glory for his talents!”

The Lions move to 15-1-2 and have won their last 11 games. The Rock Church School Lions end the season playing against Windsor High and Surry high schools.