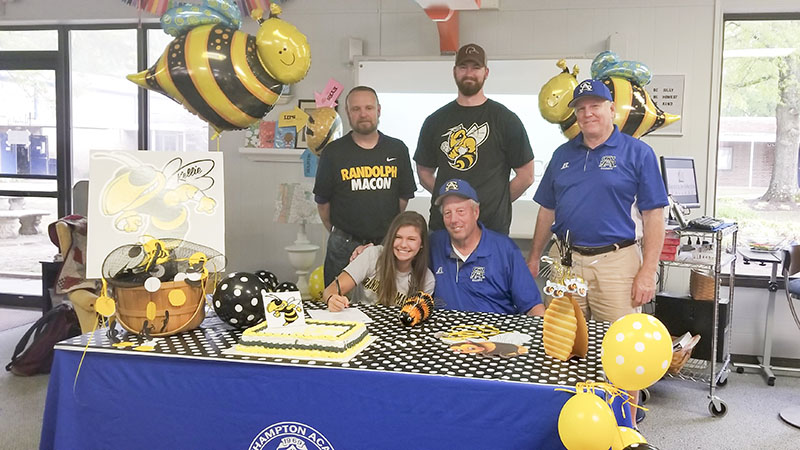 Ferguson, a Capron native, is not only the varsity pitcher for the Raiders, but she also plays for the Richmond Ruckus 18U Elite as both a pitcher and middle infielder.

After considering various officers from different colleges, Ferguson decided she liked what Randolph-Macon could offer her both academically and athletically.

Although she is looking forward to moving on with her softball career, Fersuson will never forget all those who have helped get her there, beginning with her T-ball coach, Jeffrey Pope. He is now still coaching her at varsity level. Other coaches who have played an important role include Jeb Bradshaw, Scott Speight, Emmy Hodges, Troy Jacobs, Shawn Seacrest and athletic director Dale Marks.

Ferguson is the daughter of Kevin and Karen Ferguson.