SEDLEY — Mack Gregory Davis went peacefully to be with the Lord on April 25, 2018 with his wife of almost 39 years by his side. He was 61 years old. 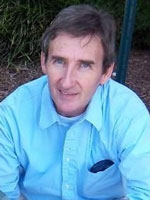 Left to cherish his memory, along with his wife, Brenda, are his three beloved children, Celina Davis (Kody Shrader,) Greg Davis and Melanie Davis; his brothers, Dennis Davis and Ronald Davis (Donna;) his sisters, Dyllis Hudgins (Mike) and Doris Mullens; and many nieces, nephews and cousins.

Also left, and dear to his heart, are his two grandchildren, Chase and Alexis Shrader.

When Chase was born, Mack chose the name “Papa” for his newest title. Over the years, his grandkids enjoyed countless special moments with their “Papa,” going on walks, playing at the park, learning about and spending time with the family’s donkeys and pony, and sharing their love for ice cream and jokes.

He was predeceased by his parents, McGregory and Margaret Davis; and a special sister-in-law, Ok Sun Davis.

Mack, known as “Gregg,” to his immediate family, was born on March 19, 1957, in Gastonia, North Carolina. He was the middle child of five and had a close bond with his siblings.

Norfolk was home for the majority of his life until he chose to serve his country by joining the U.S. Marine Corps in 1976. He met the love of his life, Brenda, on a blind date in 1978, and they were married the next year.

Mack’s career in the concrete industry moved them from Virginia Beach to Franklin, Virginia, in 1991. He was a quality control manager for Commercial Ready Mix Products Inc. for 10 years until he retired early in 2006. He took pride in the work he did, and by his example inspired his children to put forth their best efforts in all aspects of life. He was an ever-supportive and loving father. Mack’s zest for life was centered around his dedication to family and God.

He was a devoted member of Outreach Worship Center in Windsor.

He was well known for his sense of humor, his kind and giving heart and his selfless nature. One of his favorite pastimes was putting smiles on the faces of those he loved. Even during the last days of his long battle with Early-Onset Alzheimer’s Disease, he could light up a room with his comical ways.

The family would like to thank the caregivers and staff at Sentara Hospice House for the comfort they provided to Mack and the family during his stay.

The memorial service is scheduled for noon on Saturday, May 12, at Altmeyer Funeral Home in Chesapeake, Virginia, with a reception to follow. Pastor Ted Woosley will officiate the ceremony.