Side Street Strutters to share their love of jazz 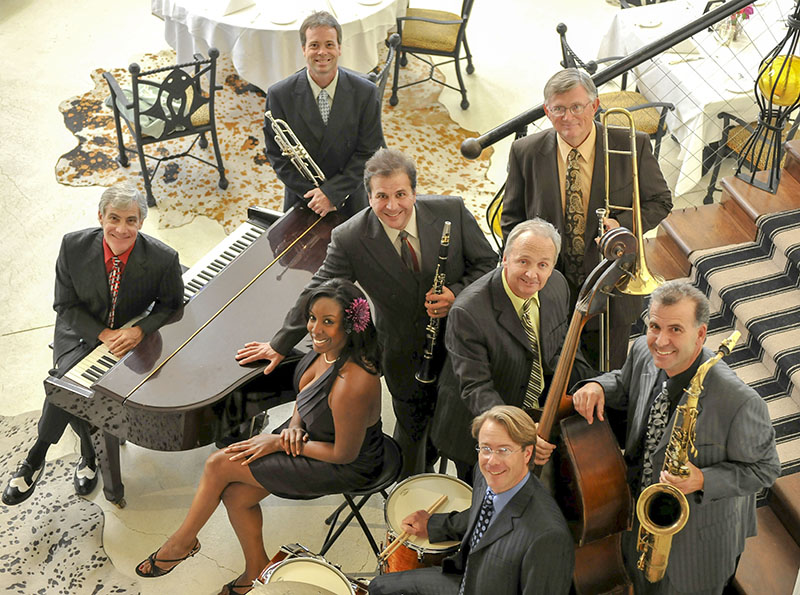 The Side Street Strutters will perform on Sunday, April 29, beginning at 3 p.m., in the auditorium at Southampton High School, Courtland. -- Courtesy | Live on Stage

“I feel the room swayin’
while the band’s playin’
one of our old favorite songs from way back when.”
— “Hello, Dolly!” by Jerry Herman

The Side Street Strutters will close the Franklin-Southampton concert season in style — jazz style, that is — when the members perform on Sunday, April 29.

Rob Verdi, saxophonist and program emcee for the Strutters, said the seven-piece band will continue its theme from last year, “Vinyl Jazz — A Century Celebration.”

Feb. 26, 1917, was when the Original Dixieland Jass Band had recorded “The Livery Stable Blues” at a studio of the Victor Talking Machine Company in New York City. From that successful record, jazz took off  to move and inspire millions of people, performers and listeners alike.

During the show, Verdi said, the Strutters will humorously perform “Muskrat Ramble” in the style of an old Victrola record, complete with skips.

Another tribute will include “Take Five” by Paul Desmond and recorded in 1959 by the Dave Brubeck Quartet, which became the first multi-million dollar jazz album, said Verdi. Louis Armstrong, the great trumpeter and singer of the 20th century will be acknowledged. Then, of course, there’s Ella Fitzgerald, who will also be remembered for her unique style and recordings, such as “A-Tisket, A-Tasket” from 1938.

The Strutters were formed by co-founder Verdi in 1983 at Arizona State University. He and other musicians focused their abilities onto early New Orleans-style of jazz.

When they were cast to perform at Disneyland, the group became a favorite, and has played there for over 20 years.

“We have a long-standing relationship with Disney as their house jazz band,” he said.

The ensemble today also includes his brother and co-founder, Vince, on clarinet; Greg Varlotta on trumpet; Roger Bissell on trombone; Curtis Brengle on piano; Bruce Lett on bass; and Paul Johnson on drums.

With them will be vocalist Meloney Collins, who joined the Strutters in 2013.

“She has been quite a welcome addition. Dynamic,” said Verdi.

Here they are, 35 years later, still recording and still swinging.

What keeps them together, said Verdi, is their love of music, especially performing jazz. Then there’s the travel itself “to see this beautiful country of ours,” he added.

The Strutters also like to challenge themselves, he said, and that includes coming up with new programs, such as the aforementioned theme.

Find out for yourself what’s made the Side Street Strutters so popular with the audiences. The concert begins at 3 p.m. in the auditorium of Southampton High School, Courtland.

COURTLAND
If you want to attend the concert, but are not a member of the Franklin-Southampton Concert Association, the cost is $30 per adult.

Don’t let that put you off from attending, though.

FSCA President Nancy Rowe said that each adult who buys a $50 subscription for next year’s season of multiple shows will be admitted free to see and hear the Side Street Strutters.