BOYKINS
In 2016, the GFWC Tarrara Woman’s Club initiated the “Change-for-Change Project” in which club members donate their spare change, which is collected September through March. 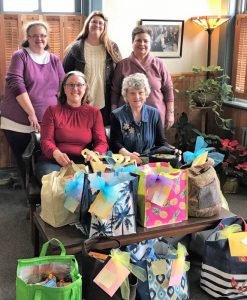 Those contributions would then be used to purchase non-perishable food items for food baskets, which would be donated at Easter time.

This year, Tarrara Woman’s Club was very fortunate to receive a considerable donation from the Boykins Lions Club, which provided Tarrara WC the opportunity to purchase gift-certificates from the Boykins Butcher Block and Dollar General to supplement the 13 food baskets, which were prepared and delivered to local families.