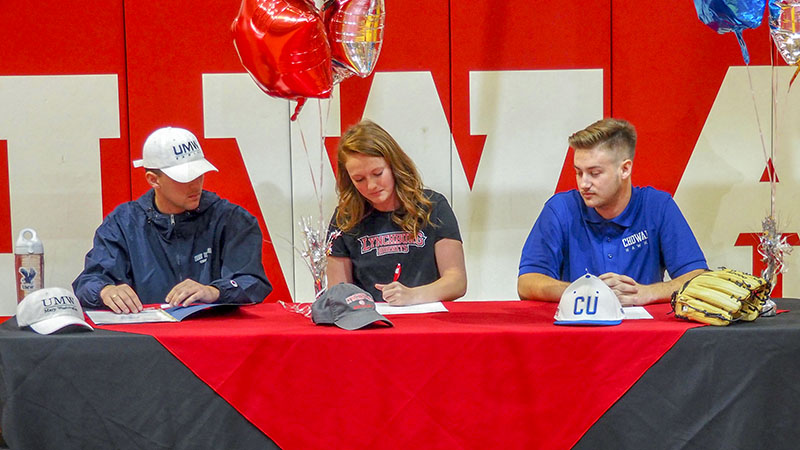 ISLE OF WIGHT
Three Isle of Wight Academy senior athletes signed letters of intent to play sports at the college level on Thursday. The signing ceremony took place in the Jester Gymnasium at 10 a.m.

Noah Pye will play baseball at Chowan University, located in Murfreesboro, North Carolina. He plans to major in business.

Kaylin Manner will play softball for Lynchburg College, located in Lynchburg. She plans to major in psychology.

Blake Davis will play golf for the University of Mary Washington, located in Fredericksburg. He plans to major in sociology.

Pye and Manner both said they chose to attend and play sports for their respective colleges because the campuses felt like home when they had visited. Davis said he chose UMW because the school made him the best offer and he felt they had the best team.