IVOR
The annual Sportsman’s Gun Bash held by the Ivor Volunteer Fire Department last month drew more people than it has since it was started seven years ago, said IVFD president Frank Britt.

“The entire bay area, where the fundraiser was held, was full,” Britt said. “All of the chairs at the tables were filled, while many people stood along the walls.”

Starting at 1 p.m., there were raffles for door prizes, children’s prizes, and area businesses donated larger prizes, including a 55-inch TV, a recliner, a smoker and a chain saw.

Nineteen guns and two bows were raffled from the gun category. These prizes will be picked up by the winners at the store from which they were obtained.

Britt added that each winner will go through a background check as if he had actually purchased the gun.

Dwayne Harver of Ivor was the winner of the grand prize in the gun category, a Berretta A400 Xtreme Unico Max-5.

Britt said the gun bash is the fire department’s largest fundraiser and attendance has always been high.

“We’re very grateful to the people in our community and the local businesses for  their support,” he said. “We couldn’t do this without them.”

All proceeds go toward the department’s operating expenses.

“We were well satisfied with the turnout,” said Britt. 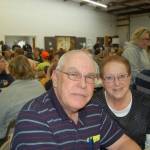 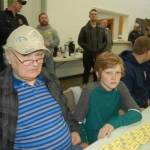 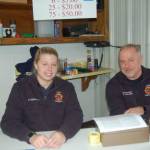 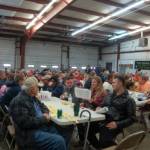 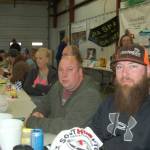 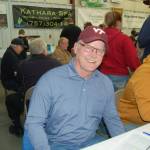