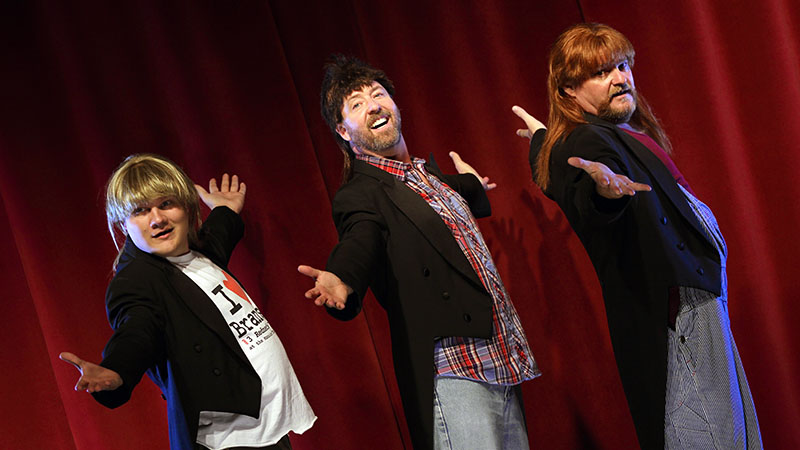 The 3 Redneck Tenors will bring the highbrow and lowbrow together in their vocal and comedic performance on Monday, March 19, at 7:30 p.m. in the Southampton High School auditorium. -- Courtesy | Live on Stage

COURTLAND
Only two weeks ago, Western Tidewater was treated to the sublime sounds of the Virginia Symphony Orchestra, thanks to the Camp Family Foundation. A feature of that program was arias performed by three young opera singers. Lest we forget, CFF, thank you for that concert. Now imagine the music of Rascal Flatts, Billy Joel, Andrew Lloyd Webber and the late John Denver mashed up or layered with the likes of Verdi, Tchaikovsky, Rossini and Bernstein. All this is arranged by award-winning composer Craig Bohmler. Then throw in comedy … down-home style. That’s what the 3 Redneck Tenors will bring when they perform for the next show, which is presented by the Franklin-Southampton Concert Association.

The program will be on Monday, March 19, starting at 7:30 p.m., in the Southampton High School auditorium.

But the trio won’t just be yukking it up, pretending to sing. All three men are highly trained and well versed in the classical arts, starting with the show being written by Matthew Lord, who made his Metropolitan Opera debut in “Boris Godunov” during January 2004. From there the Juilliard Opera Center graduate has sung in “Phantom of the Opera” and with orchestras in Detroit, San Francisco and Santa Fe.

Next, Blake Davidson has sung in operas, musical theater and with orchestras around the world, including Tokyo, New York, Dallas and Auckland. At one time, he even was a ringmaster for the Shrine Circus.

Jonathan Frugé has a Bachelor of Arts degree in Music Performance and a Masters of Music in Vocal Performance from Texas Tech University. He’s performed both as a soloist and with choral groups in Carnegie Hall and the Walt Disney Concert Hall. He debuted the role of “Billy Bob” when The 3 Redneck Tenors show was first launched in 2006.

For additional information about the show or the Franklin-Concert Association, contact Nancy Rowe at 653-2498, or Bill Vick at 653-2892.