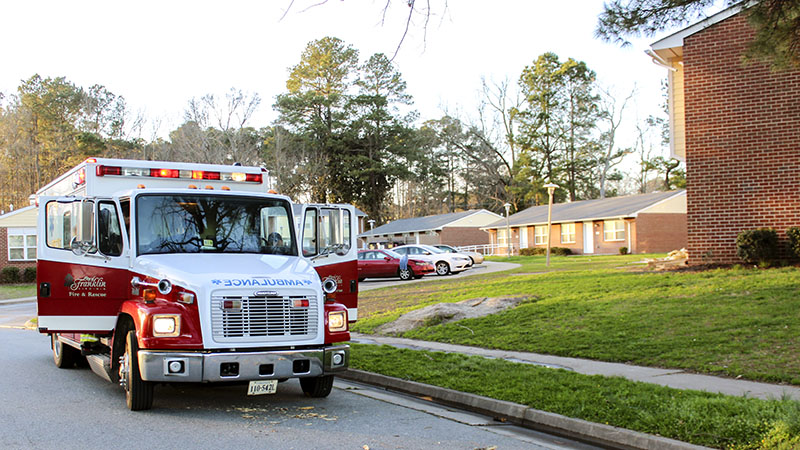 Franklin Fire and Rescue units responded to a fire alarm at 602 Cameron St., on Tuesday afternoon.

FRANKLIN
At approximately 3:54 p.m. on Tuesday, Franklin Fire and Rescue units responded to a fire alarm in an apartment complex located at 602 Cameron St.

According to Fire Capt. Tim Dunn, the fire was extinguished and crews cleared up the scene about two hours after responding. No injuries were reported, he said, but there is an estimated $20,000 worth of damage to the residence as a result of the incident.

Dunn added that the fire began in a bedroom of one of the apartments, but that the department’s report on the incident does not specify a cause.

“Sometimes we’re unable to determine [a cause],” he said. “An insurance investigator or someone else may get called in to investigate it based on the homeowner or building owner.”

Though the cause remains undetermined, Dunn did point out that the report makes no mention of any suspected foul play or arson, nor of any factors that limited fire and rescue personnel from performing their duties to the best of their abilities, such as excessive storage.

“Sometimes, if there’s excessive storage, like hoarders, those kinds of incidents prevent us from doing our jobs as well,” he explained.

Fire Capt. Terry Bolton was the officer in charge of the scene, but could not be reached by press time for comments.