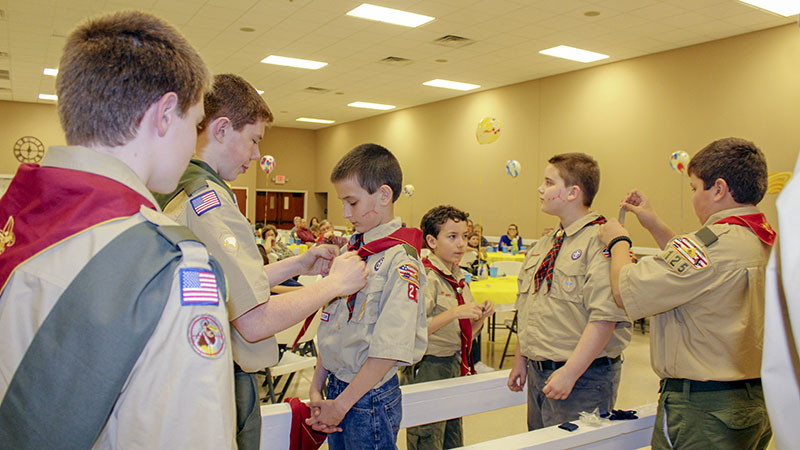 Jonathan Marshall, left, watches as Jake Fowler puts a new neckerchief on James Futrell. Behind him, Josh Yoder is attended to by Michael Conner and Jacob Peden as part of the ceremony to cross over from Cub Scouts of Pack 27 to Boy Scouts Troop 125.

COURTLAND
Cub Scouts of Pack 27 were recognized for the advancements in rank during the Blue and Gold banquet on Sunday evening in the fellowship hall of Courtland Baptist Church.

Cecil Edwards, who served as the master of ceremony, explained that blue stands for the sky and for truth. Gold represents sunshine and happiness.

The first to move up is Ethan Yoder. As with all Cub Scouts, he first had to earn his Bobcat badge. That evening, he became a Tiger Cub. His father, Jeremy Yoder, is the den leader.

In keeping with the theme of “Cubs in Space,” each boy had a constellation drawn on his face by Travis Fowler, den leader for the Arrow of Light recipients.

Five boys advanced to Webelos, which is not an animal, but an acronym for “We’ll Be Loyal Boy Scouts.”

Not only did the Cub Scouts move up within their organization, six others graduated or “crossed over” to become Boy Scouts: Blake Bay, Dawson Collins, Brennan Ford, Ian Fowler, James Futrell and Josh Yoder had each earned the Arrow of Light awards, the highest honor in the Cub Scout program. That badge will be the only one allowed on their Boy Scout uniform.

“On my honor I will do my best to do my duty to God and my country and to obey the Scout Law; to help other people at all times; to keep myself physically strong, mentally awake, and morally straight.”

Travis Fowler also had a crossing over as well. Calling him “the backbone of the organization” and wishing him well, Edwards announced that Fowler will be going to the troop and serve as assistant to Scout Master Greg Mason. 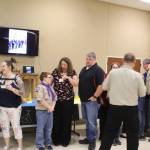 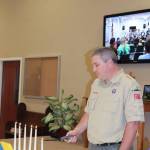 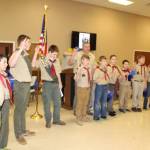 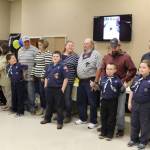 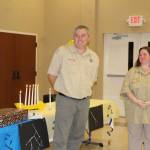 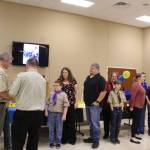 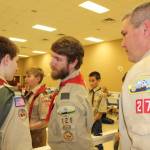 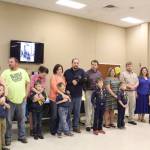 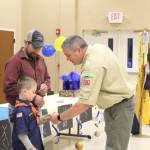