Broncos teams win one of three games in ‘Back Yard Brawl’ 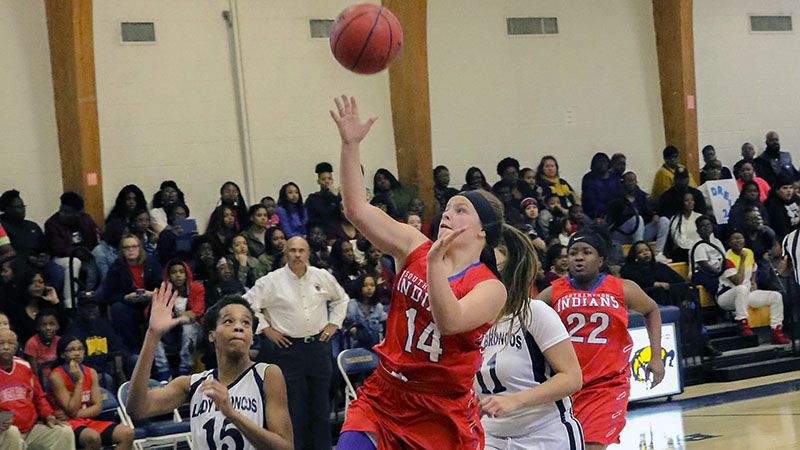 Jordyn Green on a fast break driving to the basket. -- Frank A. Davis | Tidewater News

FRANKLIN
Yes, ladies and gentlemen, for this past weekend it was still football season — Super Bowl weekend at that. Many of the fans at the famed “Back Yard Brawl on the Hard Courts” shared much talk about the Patriots and the Eagles, addressing who would win the big game. Because many local high schools are making up basketball games cancelled due to snow and ice, officials at Franklin High School chose to play the famous game on a Saturday, and start the first one at noon. And to top that off, the fans of both teams were there in record numbers — which left standing room only.

The first game of the afternoon featured the junior varsity boys teams of Franklin versus Southampton in which the Indians claimed an easy win, 48-23.

For the girls varsity game, the visiting Lady Indians jumped ahead 8-4 in the first quarter of play. For the home team it got no better in the second quarter as they were only able to score two points and the Indians led at the half 18-6.

The Lady Broncos tried to crank up in the third quarter as Jamia Flythe connected on two 3-pointers and Miracle Monger added one to give the home team their best scoring quarter with 10 points. But the Lady Indians outscored the home team with 19 points. From there the Lady Indians went on to take the victory with a score of 45-22.

Flythe led the scoring for the Lady Broncos with nine points. For the Lady Indians, Shakayla Slede led with 16 points, followed by Diamond Jones with 14 points and Ashawnti Williams with 11 points.

“We did not play to the best of our abilities today. You got to come out playing ball and it has to be your A game, especially when it’s your arch-rival,” said Franklin High School Lady Broncos Head Coach Mona Sumblin. “And it’s not that any other school is more talented than us. We are talented, but you have to be clicking when it time to click, and we did not click today.”

Southampton High School Lady Indians Head Coach Littleton Parker said, “The girls played a good game today. But after last night, we did not play too well, but we came back and we got up before the ball game. I guess that it was who they were playing and I think that was the difference in it.”

For the boys game, both teams came out fast and fierce, running and a gunning at the basket. There were three lead changes before the Broncos stormed ahead to hold a 24-16 lead at the end of the first quarter. For the Broncos, Malik Haley had a hot hand as he dropped in 10 points in the first quarter.

In the second quarter the Broncos exploded in scoring and pushed the score to 31-18 at the 5:00 mark in the quarter. The Indians fought back, but were only able to close the score to 28-43 by the end of the first half.

The third quarter of play was the best for the Indians as they outscored the Broncos 17-15 in total points, but still trailed 45-58 at the end of the quarter.

For the final quarter of play the home team held fast to their lead and fought off any attempt by the Indians to make a run by outscoring them 22-12. At the sound of the final horn the home team and their fans celebrated a big 80-57 win over the Indians.

In scoring, the Broncos had three players in double figures: Drelyn Ford led with 25 points; Malik Haley had 22 points; and Nyjey Pope had 13 points.

The Indians they also had three players in double figures: They were led by Shamon Reid-Wilkerson with 20 points; and Dale Vick and Andrew Rawlings both scored 10 points a piece.

Southampton County High School Indians head coach Sharone Bailey said after the game, “We had a tough game in Greensville last night and it kinda used up a lot of our legs today. We got out here down in the first quarter by eight points. My guys tried to hang in there, but coach has a very good team in Franklin and I like his squad. They were better than us today and they were on the boards. That was a good team that we lost to. I am looking forward to see how far they go in the playoffs. I think that Franklin has a chance to really do something special in the playoffs. But we are going to keep on grinding.”

Broncos head coach Robby Cutchins said after the game, “I am so proud of these young men and the work that they put in believing in themselves. It just showed today what they are capable of doing. We beat a very good basketball team. We beat a well-coached basketball team and my hat is off to them. I also tip my hat to the crowd of support that came out and many of them were here early for these guys. There’s a lot to be said about that. I know that it’s Franklin versus Southampton and the building of that rivalry back to what it is, and for these guys that have been putting in the work. I am so proud of them. It’s just a big win for us.” 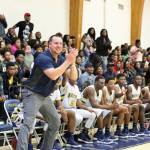 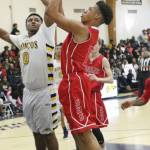 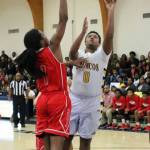 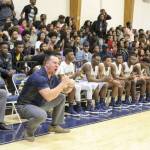 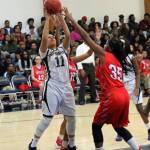 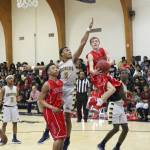 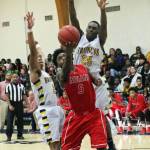 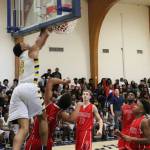 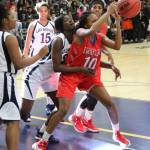 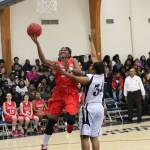 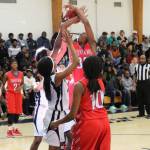 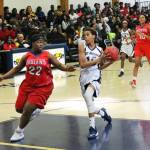 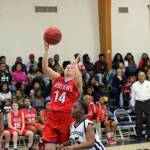 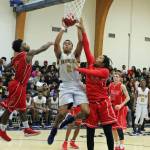 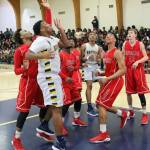