DREWRYVILLE
A Drewryville man is in custody after being arrested on a charge of raping a minor, 13-plus years of age, according to Maj. Gene Drewery, spokesman for the Southampton County Sheriff’s Office. 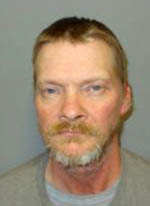 David Wayne Nahrebecki Sr. of Cedar View Road was arrested on Jan. 23 as the result of the investigation, which followed an anonymous call just the week before. Drewery said Nahrebecki did not resist arrest, and wanted the advice of an attorney before making a statement.

The suspect is being held without bond in Virginia Beach City Jail, which is used for protective custody, the spokesman said. The jail there has a special section for suspected sexual offenders.

The research showed the alleged crime took place during the last week of December, said Drewery, adding that the suspect and victim were not related, but knew of one another. The minor was treated at a hospital, and there was no reported physical damage.

The specific charge is intercourse by force, threat or intimidation, which Drewery said is considered a rape.

There were other charges as well: forcible sodomy by force, threat or intimidation; object penetration; and sexual battery.