Play ball? Not just yet 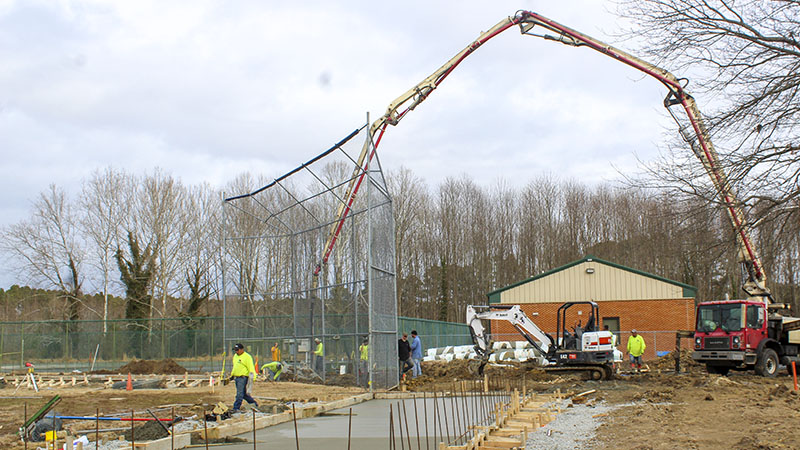 The crews for Heartland Construction and GER Electric are working on renovating the ballfield at Paul D. Camp Community College. In the foreground, concrete has been poured for one of the dugouts. -- Stephen H. Cowles | Tidewater News

FRANKLIN
Crewmen for Heartland Construction Co. have been getting down and dirty in the earth and mud this week as they continue the renovations for the ball field at Paul D. Camp Community. When complete, this will become the home for the PDC Hurricanes, which was formed this past fall.

David Mitchell is the college’s new head baseball coach and athletic director. He has also recruited players and they started practice this past fall.

Mitch Boozer, project manager, said work started in the last week of December, with some preliminary labor the week before.

He said everyone involved in the project is trying to finish a week to 10 days ahead of the first scheduled game in February, but he did not yet have an exact date for the event.

The renovations will include new fencing for most of the perimeter, and already posts for the back wall have been secured.

On Thursday, workers for subcontractor Bear Concrete poured foundations for the dugouts.

More information on spring semester games can be found at www.pdc.edu/athletics. 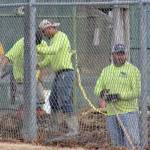 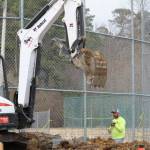 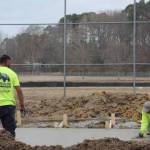 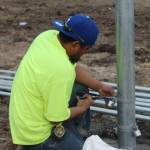 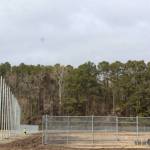 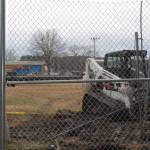