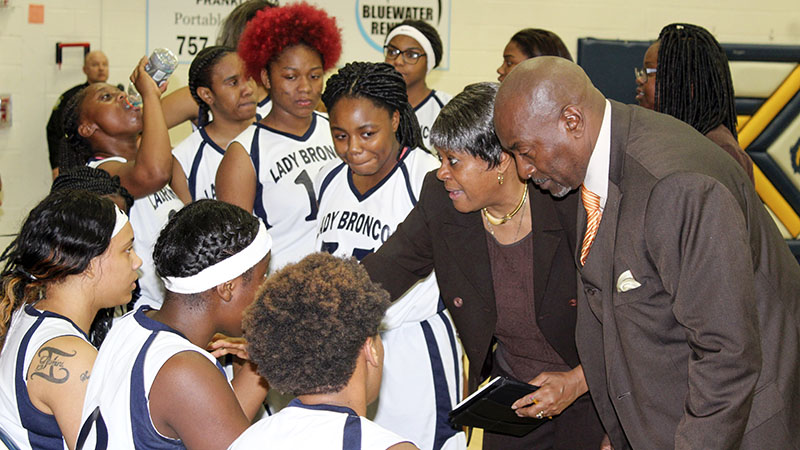 Lady Broncos Head Basketball Coach Mona Sumblin instructs the girls for their next play. She said after she was excited that the team won 79-77, but believed that the team must do better. -- Stephen Cowles | Tidewater News

FRANKLIN
The Lady Broncos won 79-77 against the Lady Dragons on Wednesday evening in a game that the audience will remember. That’s because both teams gave an exciting performance by repeatedly demonstrating their skills on the court in the Peggy Wilkins Gymnasium at Franklin High School.

For starters, seconds before the end of the first quarter, the score was 11-9 in the home team’s favor. But with just one second remaining, one of the Lady Dragons threw the ball to go through and get a 3-pointer.

For most of the second quarter both sides usually stayed within a few points of one another. ARGS got three free throws within the first 20 seconds, followed by another basket 12 seconds later, making the score 11-17 in the visitors’ favor. FHS soon began climbing; Miracle Monger got the 20th point at 1:26 left, and Tanashea Rogers brought the team up to 24-21 with 36 seconds left. This was followed by Jamia Flythe putting in another basket with 16 seconds remaining, making the score 26-21 by halftime.

Returning to the court, the Lady Broncos and Lady Dragons were able to stay within a few points of each other in the third, and by the end it was 48 for FHS, 45 for ARGS. This back-and-forth action throughout the last quarter continued with the hosts staying ahead. But by the time the buzzer sounded, the score was tied at 68 all, requiring a 4-minute overtime.

Supporters for both teams were very vocal in their cheers and applause during much of the game, but most especially during this additional opportunity. The ladies tied again at 77 all with 45 seconds left. Then the action looked as if ARGS was going to score and surpass, or at least require a second overtime period. But FHS kept that from happening. The Lady Broncos earned two more points with 11 seconds left and prevented the Lady Dragons from further scoring.

The fans were thrilled and sounded their gratitude with screams and shouts of support to the end.

“I’m glad for winning and the excitement, said Mona Sumblin, head coach for the Lady Broncos. “But we’ve got to do better. There were too many missed layups. The defense has to step up. We needed to shot them down in defense.”

Tonight’s game against rivals Southampton has reportedly been rescheduled to Saturday, Feb. 3, beginning with JV play at 3 p.m. in SHS. 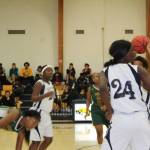 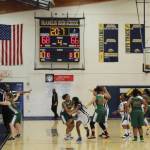 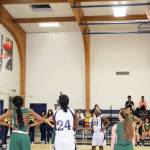 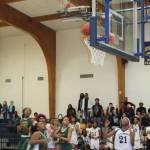 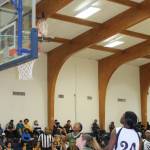 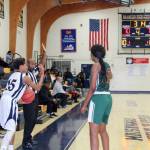