CAPRON
Southampton County cotton and peanut producer Marvin L. Everett Jr. of Capron was elected Nov. 30 to a fifth three-year term on the Virginia Farm Bureau Federation board of directors.

Elections of directors were held at the VFBF 2017 Annual Convention in Williamsburg. 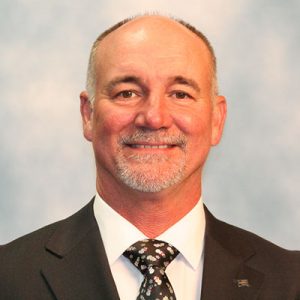 He chairs the VFBF Peanut Advisory Committee and Cotton Advisory Committee. He also is president and chairman of the State Fair of Virginia board of directors and serves on the Commonwealth Fairs & Events Inc. oversight committee.

He and his wife, Jeanette, co-own Everett Farms Inc. In addition to cotton and peanuts, they grow soybeans, corn, wheat, rye, pumpkins, sweet corn, hay and timber on 1,465 acres. They also own 60 head of cattle. The 1977 North Carolina State University graduate holds a degree in livestock technology.

The Everetts have two children.