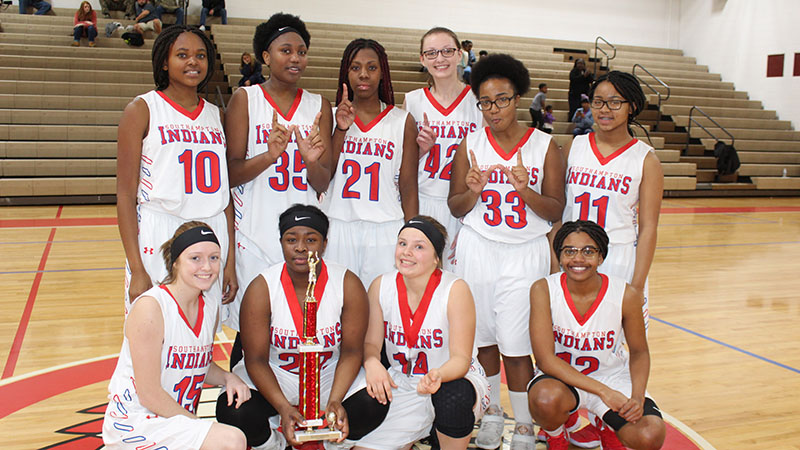 The Lady Indians hold up the Christmas Tournament Championship trophy following their 42-33 win over Colonial Heights on Thursday evening in the Southampton High School gymnasium.

COURTLAND
The Lady Indians claimed the trophy as the Christmas Tournament champions on Thursday evening, following their 42-33 win over the Lady Colonials of Colonial Heights in the Southampton High School gym. But the victory was not a given as the guests often showed the hosts why they were worthy opponents. Throughout the game, players on each side seized opportunities to take the ball from one another and run with it to score.

Within the first minute the Lady Colonials gained their first two points, followed by a 3-pointer from the Lady Indians 45 seconds later.

From there through the rest of the first quarter, the teams went back and forth in gaining points, and even tied twice at 5 all and 10 all. The buzzer sounded with the visitors at 12 to the hosts’ 10.

A little more than three minutes into the second quarter the Lady Indians caught up, with the teams each making a couple of points here and there for the next few minutes. Just before halftime, Southampton was 19 to Colonial Heights’ 20.

Evidently refreshed after halftime, the Lady Indians quickly gained the lead within a couple of minutes, and also kept the Lady Colonials from scoring until there were only :32 seconds left in the third, with the score then at 36-22.

The excitement of the fourth was more noticeable as fans of both teams often called out in support. Southampton stayed ahead even as Colonial Heights gradually picked up the pace in baskets, five of which came from free throws.

The Lady Indians got to 40 points at 3:39 left on the clock, and stayed there as the Lady Colonials inched their way up 32 points. But Southampton got in two more free throw baskets at :30 and :05 seconds left to increase the point difference.

Littleton Parker, coach for the Lady Indians, was pleased with the young women’s performance on the court.

“The kids played well. They listened,” he said afterward, noting that he has eight new players on the roster this year. “It was a good championship.”

The Lady Colonials were awarded the trophy as runner-up, and the Lady Indians celebrated another award for their court work.

The Lady Indians varsity team will play next at home on Wednesday, Jan. 3, starting at 6 p.m. Greensville’s Lady Eagles will be the guest opponents. 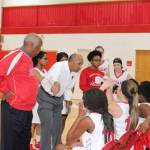 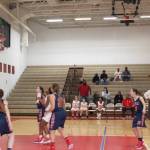 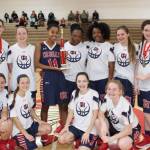 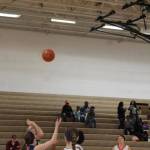 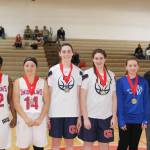