Spirit of Moonpie and I spent the 19th through the 22nd on the Blackwater below Franklin, yes four days this time. The water was low, had some weird stuff floating on it and was 38 degrees. Don’t know what that brown stuff was, but I’ll find out eventually. Air temps ranged from 33 to 65 degrees.

I picked up one bagful of trash mostly gathered from the mouth of the city storm water canal. The water was so low I was able to get out of the boat and clean up a couple of deposits that had been out of reach since summer. I usually do not leave the boat to pickup trash, but it was safe enough for me to do this time so I did. I also found another Styro block but pretty sure it had been in the city storm water system a long time.

The fishing on this trip, I guess one could say, was pretty bad. However, 38-degree water is pretty darn cold so…well at least I was not skunked! I caught two speckle, three channel cats and a blackfish. Half of those were not caught in the mouth, but just snagged.

Once again I had another first-time experience this trip. We had been run under the bridge in Franklin ‘cause it was raining that Wednesday.  I was just sitting under the bridge in the boat jigging like a troll when I started seeing hair in the water. Upon further investigation it was deer hair to be exact. It was floating by us in little patches. I eventually couldn’t stand it anymore and decided to brave the rain to go investigate, much to Moonpie’s chagrin. So we took off in the cold gray wetness and headed upriver. About a half mile upriver I found my answer. There was a dead deer beside the river and eating on it was a huge hawk! Now I have seen eagles scavenge many times, but never have I seen a hawk do that. So what was happening of course was the hawk was tearing off the deer hair to get to the meat and, believe it or not, that hair was making it all that way downriver to me under the bridge. So, yep, that was a new one on me.

Well, folks, after 17 years of being the Riverkeeper for the Blackwater and Nottoway rivers, that chapter of my life has come to an end. More specifically, the organization I started known as the Blackwater Nottoway Riverkeeper Program (BNRP) will cease to exist soon after the first of the year. Also since the BNRP was a member of the Waterkeeper Alliance (WKA,) which owned the trademarked name Riverkeeper, I will no longer be able to use that name.

The BNRP did a lot of great work for the community over the past 17 years. That would not have been possible without the help of so many people both in and out of the organization. It would take pages for me to thank all of them. However, I must in print here thank a few that I will always be forever thankful for believing in me and doing so much for me. So, thank you Jack Camp and Dr. Robert Edwards in heaven, and thank you Rev. Ben Duffey, Bobby Worrell and Kay Story, you were all so great to me.

And last, but certainly not least, if it were not for the support of my dear family that stuck with me and have worked so hard to help me wherever, whenever I needed it: my dear dad Bobby Turner; my wonderful stepmother Nancy Scott Turner; and the love of my life and devout wife, Lynda McCane, aka Freezing Deer, who has selflessly urged me at every opportunity to go to the river and do my thing. I love you all so much. 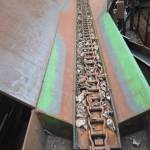 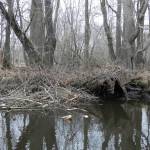 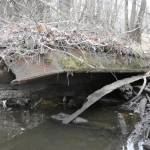