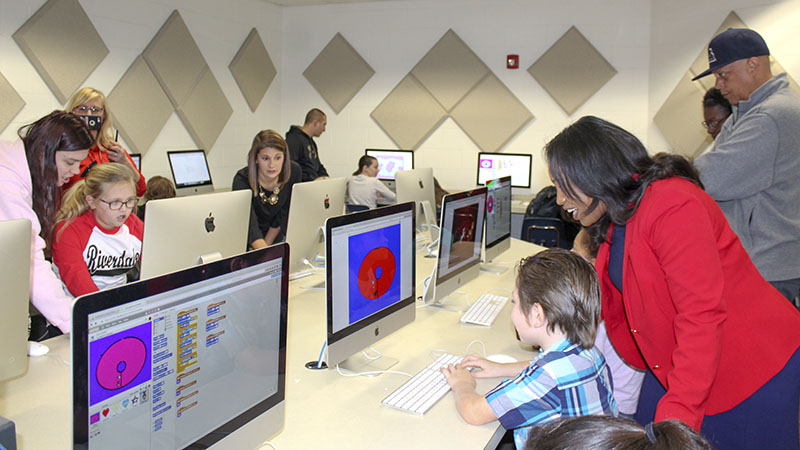 COURTLAND
When students at Riverdale Elementary School return to classes next week — Wednesday, Jan. 3, by the way — there’ll first be the usual excitement of talking about and showing off Christmas presents. Then formal learning quickly resumes. One of those subjects they’ll continue studying is coding, a program that was launched near the beginning of the school year. 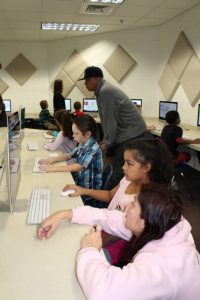 In late November, the young Riverdale coders presented “Code to the Future: Epic Showcase,” which was an opportunity for the students to present what they’ve learned so far. That was the first of three such scheduled events, according to Principal Will Melbye.

Members of the fifth grade classes first welcomed parents and other guests, explaining what coding is and its importance now and for the future, such as in agriculture, industry, health care and the military.

“Awesome is the new normal,” the children proclaimed.

After which, the visitors were able to attend classes where students in other grades were learning this particular skill set.

Third graders Danee Railey, Chloe Jarratt, Madelyn Elliott and Nicholas Davis, for example, showed their coding abilities through the program Scratch, which was developed at the Massachusetts Institute of Technology. The children created races, complete with characters, all designed and driven by what they learned in coding requirements.

Elias Reddick, a fifth grader, said he had been enjoying the program, and found it easy at first.

“This computer science program that SCPS has instituted this year, has already garnered praise from the governor,” said Melbye, “and is aimed at helping fill the upcoming void of nearly 1.4 million jobs in the tech industry in Virginia alone.”