CARRSVILLE — Wallace “Tim” Picot of Holly Run Drive, peacefully transitioned from this life on Dec. 21, 2017, while a patient in Sentara Obici Hospital with his children at his side. 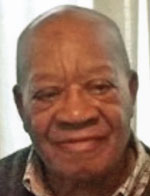