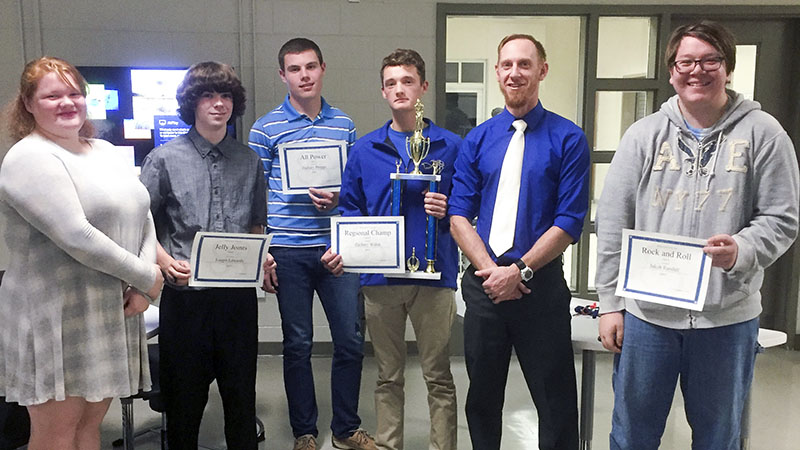 WINDSOR
Windsor High School held its annual fall sports banquet on Thursday, Nov. 30, at which multiple students were recognized for their individual contributions to their respective teams this semester.

The event began at 6 p.m. in the school’s gymnasium with Athletic Director Chuck Parish giving an overview of each team’s highlights for the season. The school’s volleyball team, he said, made it to the regional quarter finals and was named the no. 2 seed out of 12 teams in the region. Several WHS volleyball players also made the all-district team.

In golf, Parrish said that Windsor’s team advanced to the regional playoffs and finished fifth out of eight schools in the tournament, with junior Zach Walsh being named Region A champion after scoring 75. This also earned Walsh a spot on in the state tournament for the second consecutive year, in which he placed 15th overall. Zach Phipps also scored well in the regional tournament but missed the qualifier for state by three shots.

In football, despite the team’s 0-10 record for the season, sophomore Hayden Pittman was voted first team all-region and first team all-district punter. At the time of the banquet, he was also in the running to be named first team all-state punter, which he won later in December. He will be formally recognized on Jan. 11 at the Isle of Wight County School Board’s January meeting.

“This was a learning year for us,” said Head Football Coach Tyler Mosley. “The effort was there, but we’re a young team.”

In addition to Pittman, other members of this year’s football team recognized at the banquet included Jerell Kindred, who received the school’s leadership trophy, and Jacob Machner, who received the coaches’ trophy. Mosley said that the former is awarded for displaying leadership with the team that coaches can depend on. The latter is awarded for effort on and off the field. Kindred also received honorable mention at the all-district level.

Two of the team’s student managers, senior Macy Daniels and junior Madison Stubbs, were also recognized. Mosley said that both student managers helped with the team’s athletic training and were a “very important part of the program,” describing each as a very responsible student who was came highly recommended by the school’s administrative staff for the volunteer position. 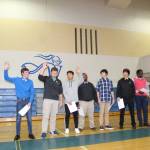 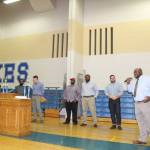 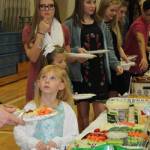 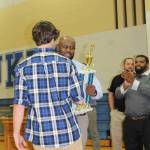 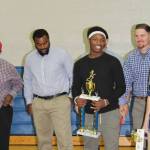 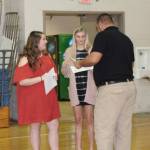