Broncos get clean sweep over Dukes in basketball 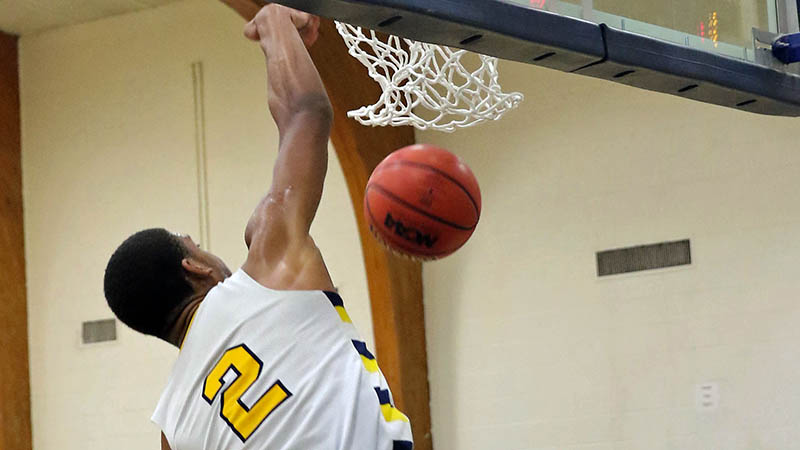 Drelyn Ford slams one for the home team. -- Frank A. Davis | Tidewater News

The Lady Broncos opened the first quarter with an 11-2 lead, and pushed that to 17-5 by the end of the first half.

The Lady Dukes stepped up their best scoring in the third quarter as they scored 9 points to close the quarter down 14-29.

Feeling a run by the Lady Dukes, the home team made a big offensive run in the fourth quarter by dropping in 21 points to the Lady Dukes’ 9 points.

In scoring the Lady Broncos had one player in double figures that was Jamia Flythe with12 points.

For the Lady Dukes, Kayca Gray led the scoring with 16 points.

Lady Bronco Head Coach Mona Sumblin said after the game, “We finally broke the losing streak. It’s been a minute, but we are glad to get on the winning side and we do expect to win more games. We still got a lot of work to do. The girls are young and new to the program, so it’s a lot of work but we are going to get it done.”

Windsor Lady Dukes Head Coach Sherry Ashburn said, “We need to work harder on the turn overs and getting back on defense. The girls got a lot of work to put in. We are still growing and a young team but we are still looking forward to some wins during the season.

For the boy’s game, the Broncos made easy work over the Dukes as they opened the game with a 21-0 lead before the Dukes got on the scoreboard with 1:58 remaining in the quarter.

Dajon Frazier connected on two 3-pointers and Drelyn Ford got the spectators to their feet following a monster slam dunk.

The Dukes’ best quarter was the second quarter as they scored 8 points. The second half proved no better as they were held to 3 and 4 points respectfully for the third and fourth quarters.

In scoring, the Broncos had three players in double figures. They were Myroen Barrett with 15 points and Drelyn Ford and Dajon Frazier, both with 10 points apiece. For the Dukes, J. Ashby led with 10 points.

Bronco Head Coach Robby Cutchins stated after the game, “It was a total team effort. That was what it was tonight.

When we did the game plan from the jump, that everyone would get an opportunity to do their part tonight.

I felt that was the case at half time and the case at the end of the game. I was proud of the guys they gave it up and learned a lot tonight.”

They converted all of our mistakes. They are well coached and well disciplined and aggressive. We are building and we saw some positives tonight and we will build on those.” 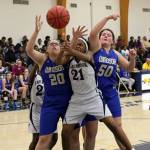 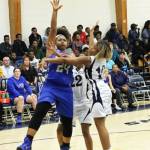 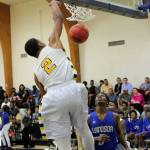 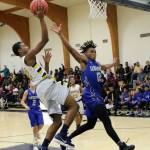 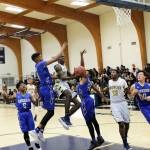 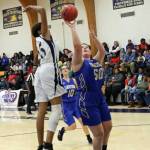 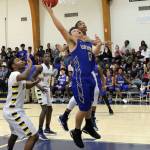 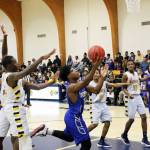 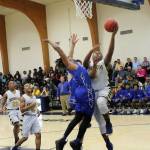 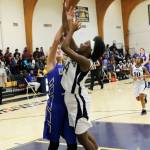