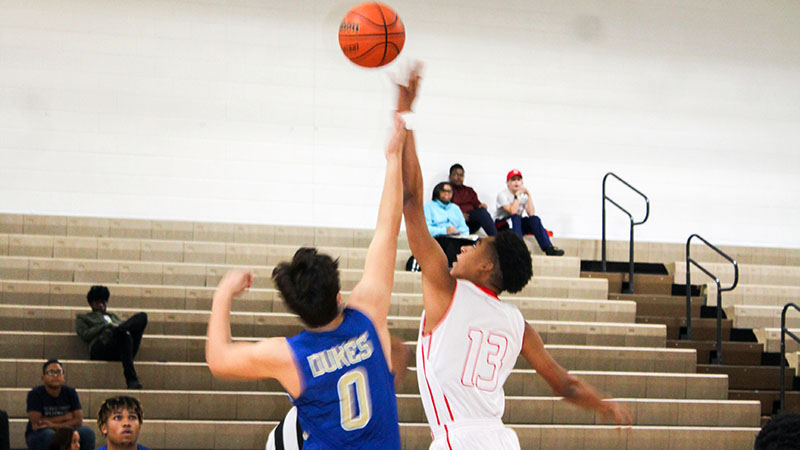 The tip-off at the start of the game went first in Southampton's favor. -- Stephen H. Cowles | Tidewater News

COURTLAND
You lose some, you win some, you lose some. That’s how it goes in life and on the basketball court. When the Windsor High School played its first game of the 2017-2018 season on Nov. 29, the team lost to West Point 75-22. But two days later, the Dukes got in their first win at 65-47 against Appomattox Regional Governor’s School, 54-47. There was much rejoicing in the WHS gym that evening.

Within the first minute, the host Indians got their first two baskets, and the visiting Dukes scored theirs in the second minute. Southampton then quickly began to accumulate points one after another, with WHS gradually getting in baskets every few minutes. By the end of the first quarter, the score was 10-27, the Indians’ favor.

The Dukes made their next three points within 12 seconds of the second quarter and stayed 13 until there was 1:37 left in the period, and then another basket at :52, putting the score them at 18-53.

Windsor High School Head Basketball Coach Erik Johnson acknowledged that he has quite a young team this year.

“We have two seniors, four juniors, four sophomores and one freshman. In 15 years of coaching, this is my youngest team. Eight of them are new to varsity,” Johnson said. “With us being young and they are now in a much different system than when they were with the last coach, there is a giant learning curve. I got the job pretty late and half of my team was in football. So in reality we are all still getting to know each other.”

Asked what he thought his team did wrong and right on Monday, the coach said, “Ball security, shot selection and rebounding and, emotionally, I don’t think we got off the bus, all led to that outcome.”

“I can’t take anything away from Coach [Sharone] Bailey as he is a great coach and has those guys flying. He and I go back to when I was at Poquoson.”

He continued, “As for what went right, I thought Kip Holloway played a good game. He attacked rebounds, got himself to the line and did what we asked of him.”

Today, the Dukes have another opportunity to win. The JV and Varsity boys travel to play against Franklin High School Broncos today at 4:30 and 7:30 p.m. The Girls Varsity team will have their time on the court at 6 p.m. 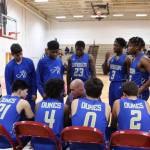 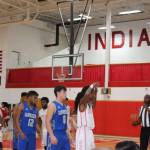 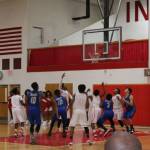 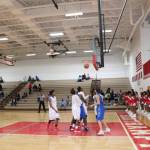 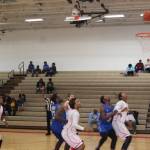