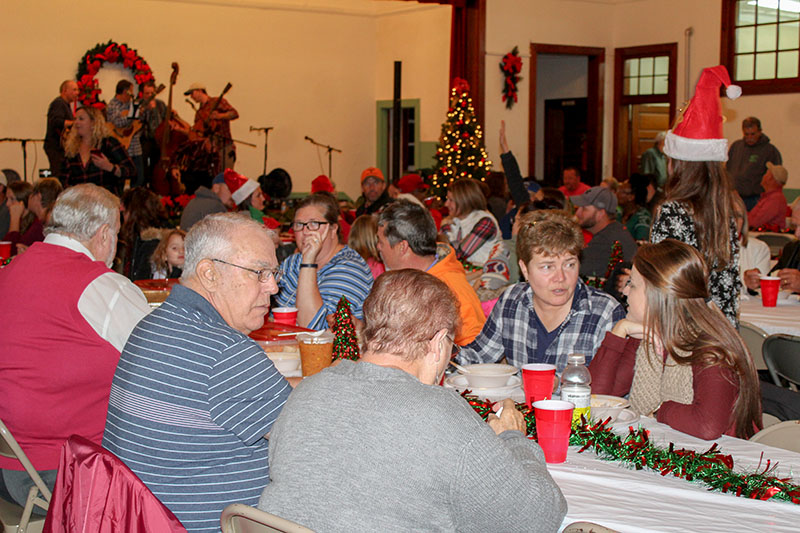 In the Ivor town hall, families and friends enjoy their meal and music, which was performed on stage by George Atkins and Friends. -- Submitted | Lynn Joyner

IVOR
Watching a Christmas parade can work up an appetite. Or so it seemed on Sunday afternoon in Ivor. About an hour after the procession, scores of residents made their way to the town hall for the meal. For a nominal fee, they could either get a bowl of Brunswick stew with bread and beverage or just take home a quart or two.

Members of the Ivor Rescue Squad Ladies Auxiliary, led this year by JoAnne Joyner, were either in the kitchen pouring the tasty stew into portable containers or out in the hall dishing it out for hungry families. The money raised from the sales will go to the auxiliary, which in turn helps support the emergency service.

Nearby, Sarah Steele and Ashley Cooke of Ivor Baptist Church put homemade cookies into containers for $5 each. The money from that sweet sale will enable church children to attend a summer camp.

Outside is where the magic happens, thanks to Lynn Joyner, J.B. Burnett, Leverette Pope and Robert Baine.

They started preparations on Saturday of putting together the ingredients. About 150 pieces of chicken were combined with beef, pork, corn, celery, onions, potatoes and butter beans. Then around 6 a.m. on Sunday, they began cooking the stew into cauldrons, two of which held 60 and 40 gallons respectively. Burnette, who has been cooking the annual stew meal for 30 to 35 years, said he can recall when a cast iron pot was used.

Pope and Baine took turns stirring the stew in smaller kettles to help cool the mix.

Following the meal and mini-concert, a brief service took place in memory of the late Cody Lewis Stallard, who died on Jan. 31, 2009. The 16-year-old was reportedly killed when he lost control of his pickup truck. His mother, Tracey, spoke about her son and how he was the light in the lives of their family and friends.

In closing, everyone present then sang Christmas carols around the tree, which was illuminated for the occasion. 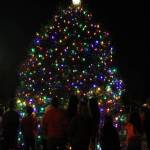 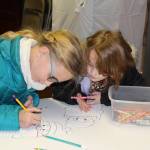 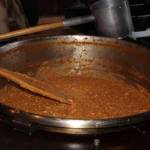 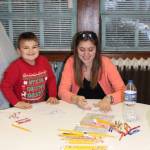 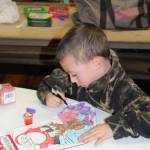 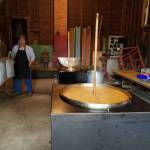 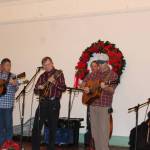 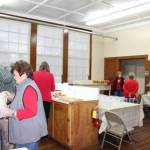 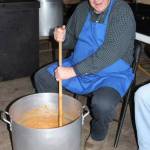