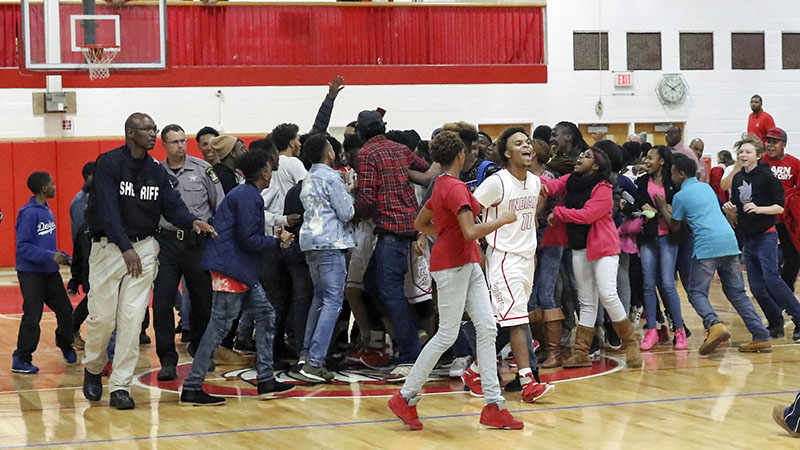 A new and improved Franklin High School Lady Broncos had their best play in the third quarter as they went ahead of the Lady Indians briefly 19-18 at the 1:59 mark following a basket by Tayana Rogers. After tying the score at 19 all, the Lady Indians went back ahead for the remainder of the game to claim a 39-32 win over the Lady Broncos.

Recapping, the Lady Indians took an 12-6 lead in the first quarter, but the second quarter was a defensive battle by both teams as scores were only produced late in the quarter for a 15-10 lead by the home team. After being down 24-19 at the end of the third quarter, the visiting Lady Broncos could not crank it up enough to close the score any tighter.

“It’s the first game jitters and you know that it is Southampton our arch rival as we try to get them ready in turn of their nerves. We need to settle down more, hustle more and make free throws,” said Franklin High School Lady Broncos Head Coach Mona Sumblin.

Southampton High School Lady Indians Head Coach Littleton Parker said, “The kids played a good game tonight, we are just young and inexperienced and we are going to get better each week.”

For the boy’s game, the Broncos stormed out early and quickly with a 7-point lead and held it at the end of the first quarter 9-2.

Action in the second quarter was continued fast as both teams pushed the ball down the court and with trading basket to basket. With under a minute to play, the Indians closed the score to end the half down 21-23.

The fast pace resumed after the half, and at the 3:32 mark, the Indians tied the score at 30 all. The third quarter ended with the score again tied at 36 all.

Entering the final quarter of play, Drelyn Ford helped the Broncos to go up 41-36 by the 5:34 mark in the quarter. The Indians’ Shamon Reid-Wilkerson connected on a basket to tie the score at 43 all. With 2:01 remaining to play, he hit a 3-pointer to put the Indians ahead 49-48. With: 38 left on the clock the score was tied again at 52 all and the Broncos in possession of the ball. The Broncos’ shot to go ahead missed the mark, but they got the ball and a time-out with :02 left in the game. That attempt also failed. The horn sounded to end the game at 52 all and overtime.

In the 4:00 overtime period once again the Broncos jumped out with a 57-52 lead. With: 29 left to play the Broncos held a 63-59 lead. Once again Reid-Wilkerson steps up and connects on a 3-pointer to close the score to 63-62. The time down now to :11 and the Broncos have the ball. With :08 the Broncos Deontae Jefferson is fouled. At the free-throw line Jefferson misses and the Indians get the ball and push down the court and D. Vick is fouled on the shot with :03 on the clock. Vick dropped in both free throws to seal a 64-63 win for the Indians.

Southampton County High School Indians Head Coach Sharone Bailey said after the game, “Just a great game. I got a young team with nine new players and they came out and fought; all my young guys fought and I am so proud of them, they never gave up. We went down, but they never gave up.”

Broncos Head Coach Robby Cutchins said after the game, “The kids fought extremely hard. At the end of the day it’s Franklin versus Southampton and you always have to expect the unexpected. If you expect the unexpected in this game it’s going to happen. Sometime the ball just didn’t bounce our way. They hit some big shots. Going down the stretch we missed a few free throws that gave them the opportunity. But we got to expect the unexpected. We came up short, but we will get back to the drawing board and be ready for next week.”

In scoring, the Broncos had three players in double figures. Drelyn Ford led with 16 points, Deuntae Jefferson had 13 points and Dajon Frazier had 11 points.

The Indians they had two players in double figures. They were led by Shamon Reid-Wilkerson with 14 points and D. Banks with 12 points.

Southampton boys JV and Varsity host Parkview tonight, Dec. 6, at 5:30 and 7 p.m. Then Varsity travels to the Appomattox Regional Governor’s School on Friday to play at 7 p.m., then against Warhill at Brunswick High to play at 6 p.m. on Saturday.

Southampton girls JV and Varsity travel to Parkview tonight at 5:30 and 7 p.m., then Varsity goes to ARGS to play at 5:30 p.m. on Saturday. 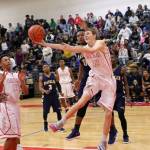 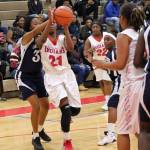 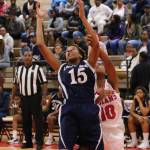 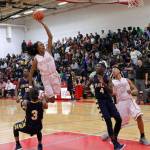 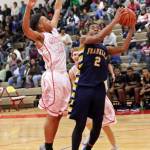 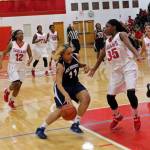 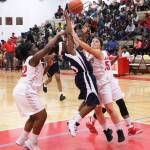 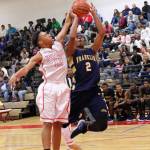 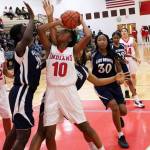 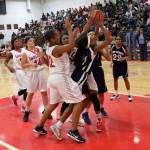 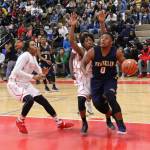 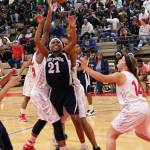