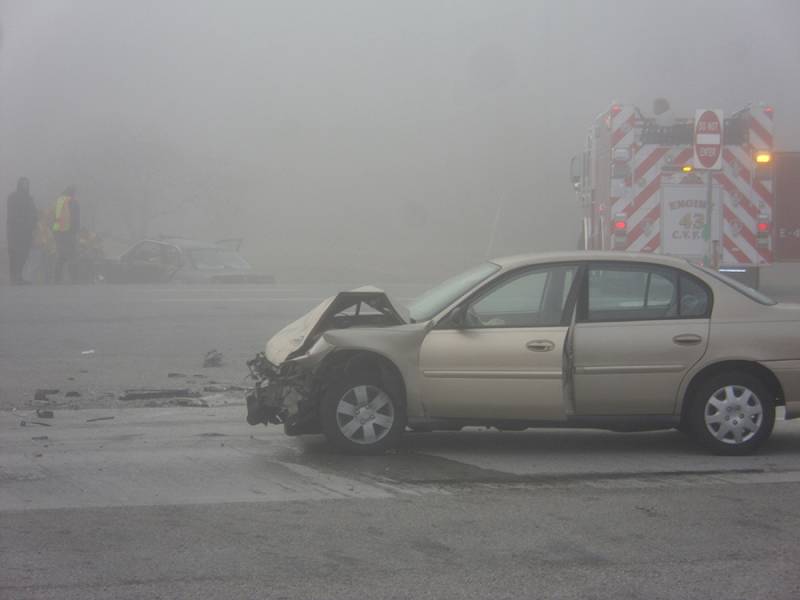 Visibility was only about 100 yards on Monday morning when two vehicles collided at the intersection of Route 58 and Buckhorn Quarter Road. One driver died as a result.

A Courtland woman died as the result of a collision earlier today, according to Southampton County Sheriff’s Office spokesman Maj. Gene Drewery.

At approximately 7:45 a.m., the department received a call of a motor vehicle accident at the intersection of Southampton Parkway (Highway 58) and Buckhorn Quarter Road. Responding deputies report on arrival visibility was only about 100 yards at the scene. There were two vehicles involved in the incident. The vehicle that was making a left-hand turn onto Southampton Parkway was operated by Veronica Wilson, 66, of Courtland. The only occupant of the vehicle, she was found deceased upon arrival of emergency personnel.

The driver of the second vehicle, Dena West, 50, of Suffolk, was transported to Southampton Memorial Hospital for treatment.

Traffic at scene was either stopped or restricted for approximately for two hours.

No charges are to be filed.