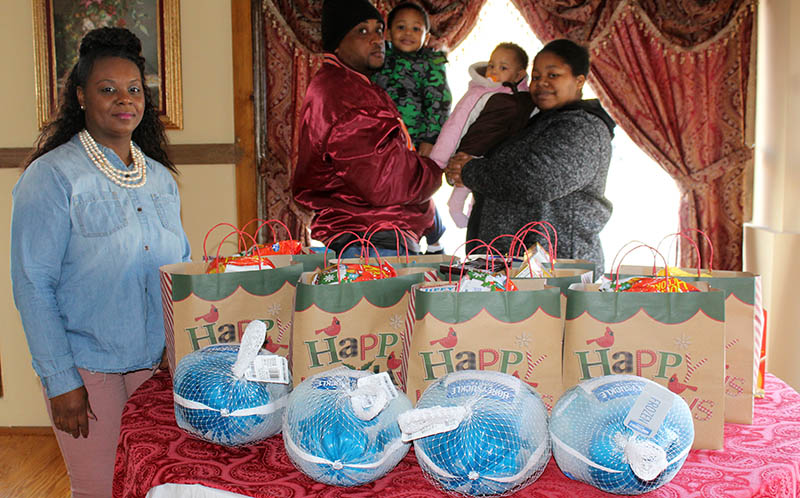 FRANKLIN
Two downtown Franklin churches recently gave out complete Thanksgiving meals to several local families who would otherwise not have been able to enjoy a traditional turkey dinner come Thursday.

On Monday, Nov. 20 Franklin residents Lorenza and Virgie Gay were among the first to benefit from the Youth Department of United Christian Community Church of God’s collection efforts, receiving a frozen turkey and several other traditional nonperishable Thanksgiving foods.

Youth Department volunteers were uncertain how much has been collected so far, as donations are still being accepted. The church has run this collection annually for the past three years.

“We’re small in number but our pastor has a big heart,” said Janet Gay, one of the Youth Department volunteers.

The church is located at 714 South St., Franklin. Its pastor is Elder Melvin Murphy.

On Tuesday, Nov. 21 the LIFT group (Ladies in Faith Together) of Move of God Apostolic Ministries followed suit, gifting similar care packages to the Evans and Boglin families. Accepting the care package on behalf of their family of six were Leon and Jacquelyne Evans and their children, Jahiem and Gloria.

Aretha Harris, one of the coordinators of the group’s collection efforts, said that the Evans family recently lost their home to a fire.

Falicia Boglin accepted the care package on behalf of her mother, Della Boglin, who has suffered multiple strokes and has Alzheimers.

Harris said her group was able to collect enough supplies for 30 baskets, nine of which were arranged on a table in the front of the church Tuesday afternoon for their gifting ceremony. The group had been soliciting donations since Nov. 1 and obtained many of the included items via a donation from Roses of Franklin.

“We try to do a lot to give back to the community,” Harris said of her group. 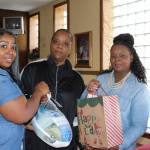 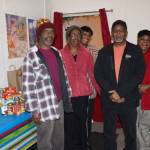 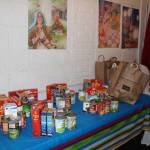 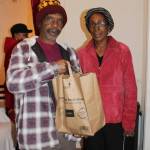